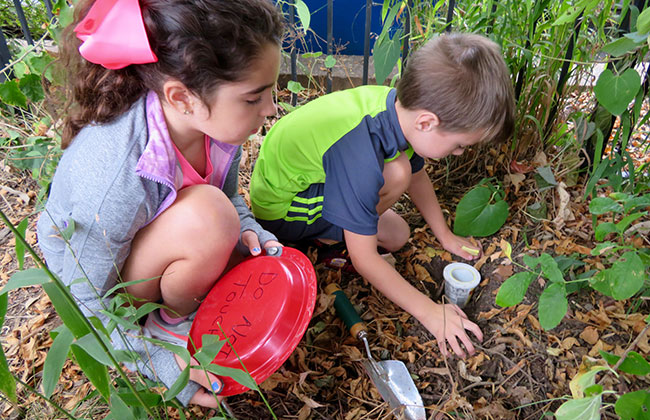 When you come to Forsyth in the spring and the fall, you’ll see small red utility flags fluttering just above red plastic plates on the campus grounds. Warning: Do Not Touch. Field study in progress. 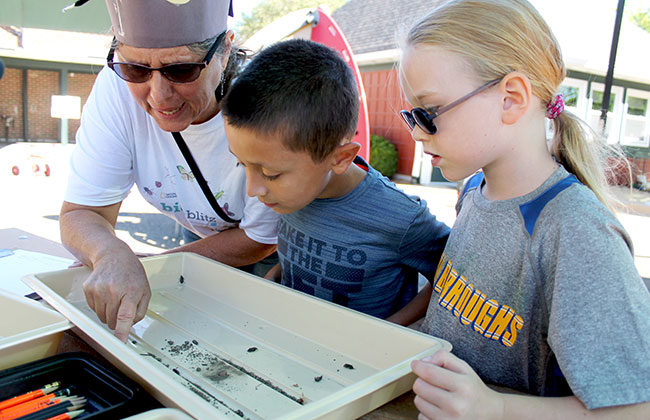 For a semester, each half of second grade studies arthropods, delving into insects. The kids will tell you arthropods have an exoskeleton, jointed legs, and segmented bodies. They know the four categories of arthropods: insects, arachnids, crustaceans, and centipedes/millipedes. Insects are by far the greatest population of arthropods, and if you wondered, there are more beetles than any other insect species. 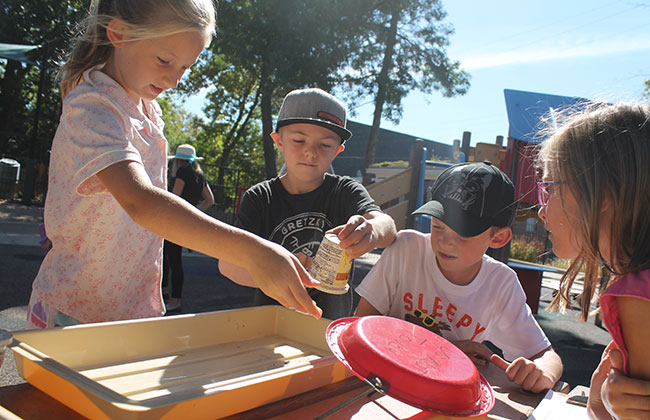 Since 2012, Forsyth kids have been tracking arthropods on Forsyth’s campus with the goal of improving the habitat and biodiversity in the neighborhood. Christine Torlina, Lower School science teacher (age 3–Grade 2) and passionate environmentalist, explains the “steps of science,” a second grader’s scientific method: ASK a question, PREDICT an answer, design a TEST, OBSERVE and record your findings, ANALYZE results and learn by looking at records, and finally, CONCLUDE: what did we learn from this experiment? Communicating results to your classmates is an important part of the process. 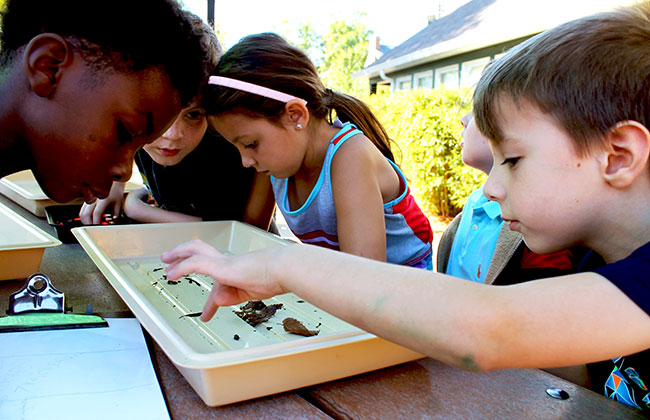 For this experiment, the kids focused on ground-crawling arthropods. In teams of two, they dug a hole at the survey site, dropped a plastic yogurt cup into the hole, covered their receptacle with a red plastic plate–marked “do not touch”– to keep the rain out and protect their pit traps. Small, numbered utility flags marked each survey site. Each team harvested their pit traps 3 times and for consistency, the traps were in the same place each time, and the same team worked the trap. Survey sites could be found in the Big Backyard, the Williams Walled Garden, and the Butterfly Garden. 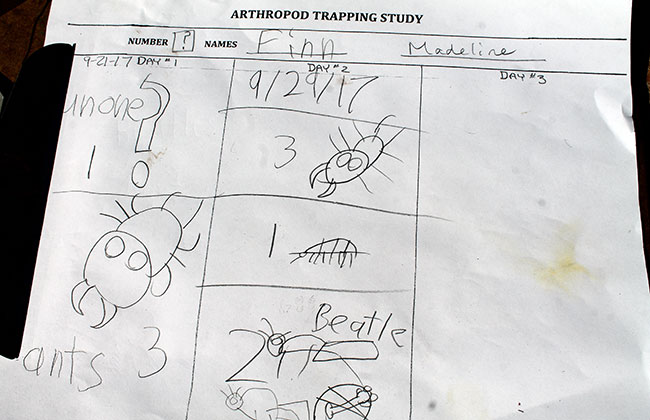 Each team kept count of the arthropods from their traps and recorded the data with illustrations of the insects. Then, as a group, they made vertical graphs of their insect findings. This fall, second grade scientists collected 482 arthropods: 90 from the Butterfly Garden, 29 from the Williams Walled Garden, and 363 from the Big Backyard. Roly polies were the most abundant at 198, but other species found included typical insects you’d find in your yard: ants, beetles, spiders, springtails, crickets/grasshoppers, one millipede/centipede, two snails, three worms, and several unknowns. 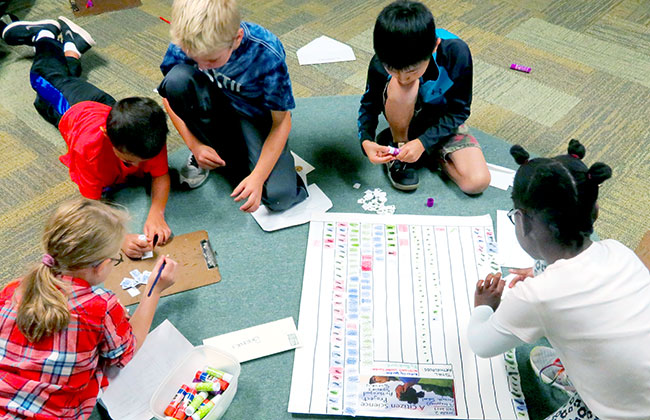 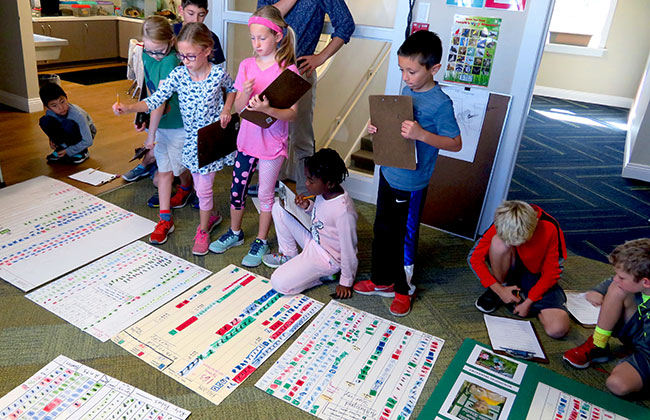 Forsyth second graders have conducted these bioblitzes for 5 years, so the next step is to compare this year’s findings to previous years. The charts tell the story and the kids study them, part of looking for changes in the habitats that might cause variances in the numbers of species found over the years. “I’m proud that these second graders are learning to collaborate joyfully to conduct an experiment and share their knowledge with each other,” observed their teacher. 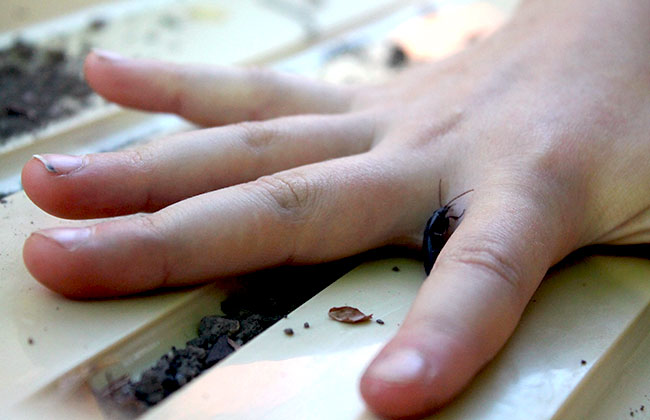 We asked Ms. Torlina what she hopes kids will take away from this experience. “I want them to begin to understand broad-based ecological concepts – that we are a part of nature and have the power to help make the world a better place.” She added, “I want them to realize that humans share this wonderful world with many other important, interesting life forms.” 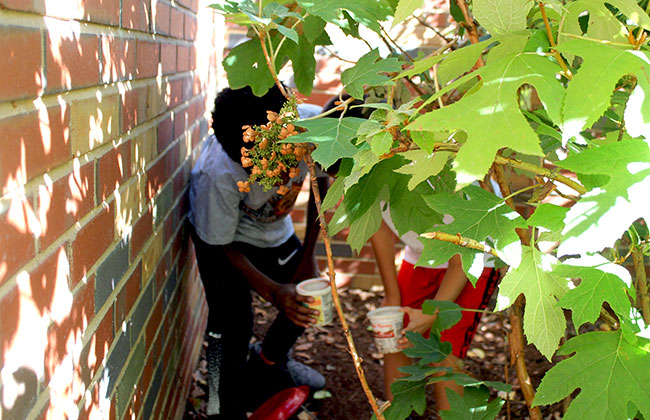 What makes this a Forsyth story?  The word “campus” translates to 6 backyards. These second graders are learning scientific method and how to conduct an experiment in the backyard, a firsthand experience that leaves an indelible impression, as does the enthusiasm of their teacher Christine Torlina.