RSS Feeds
December 30, 2017
Share to FacebookShare to TwitterShare to LinkedInShare to PinterestShare to EmailPrint this page
RSS Feeds
Artist-in-Residence CommuniTea 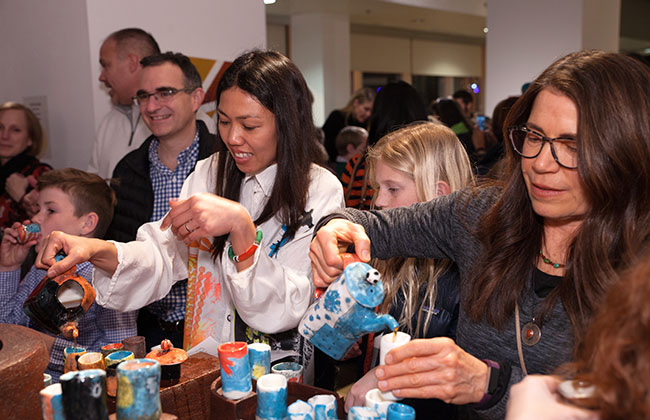 Thanks to the Nicholas Aaron Aitken Artist-in-Residence Program, every year Forsyth fifth graders have the opportunity to collaborate with a professional artist. This year’s artist-in-residence, Norleen Nosri, is a ceramic artist who is originally from Malaysia, and the project, CommuniTea, is a tea ceremony. Over the past 7 years, Forsyth fifth graders have created mosaic panels, made animated films, collaborated on mixed media, large-scale panels, and more. 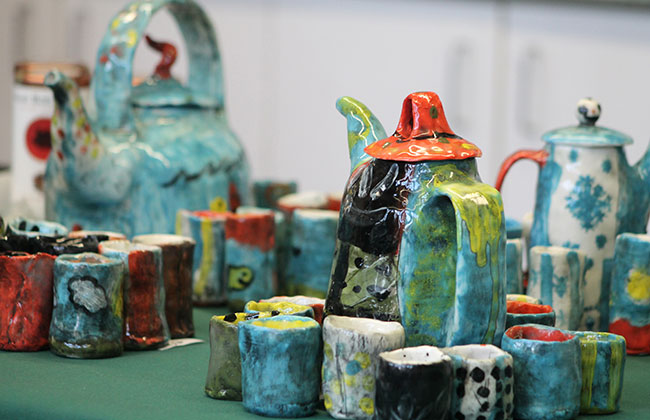 There are three components to this year’s project: making the teapots, cups, and bases to hold the tea sets; sampling teas in an informal tea ceremony in the Forsyth art studio; and finally the CommuniTea tea ceremony and celebration for families and friends at the Kranzberg Arts Center. 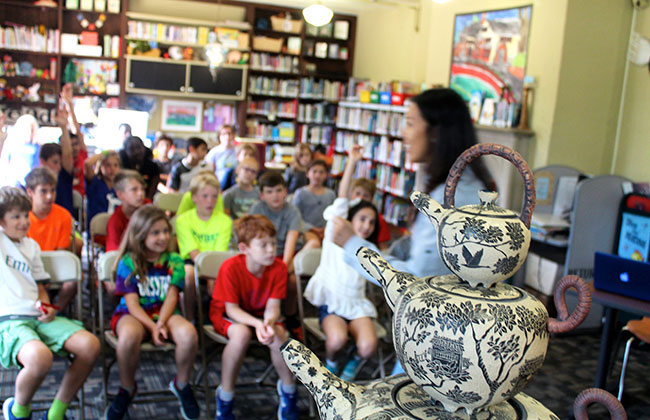 To kick off the project, Ms. Nosri introduced herself and her project to the fifth graders. She talked about Malaysia, her family, tea ceremonies, her work. 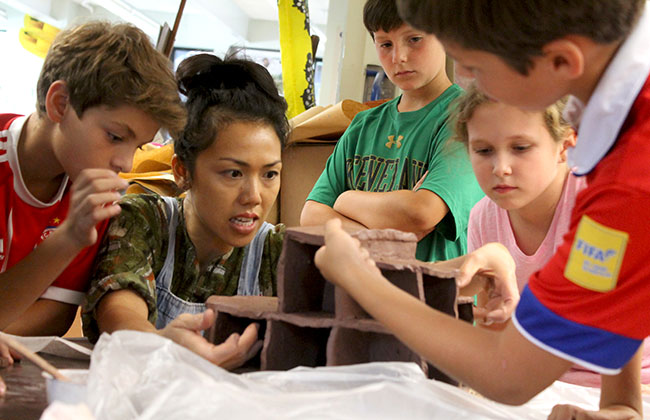 First, the kids made the bases for their tea sets. Think art meets architecture. These structures look like coliseums made of clay to hold the teapot and spaces for the cups. The kids work in teams so the first step was collaborating on the design before anyone touched clay. 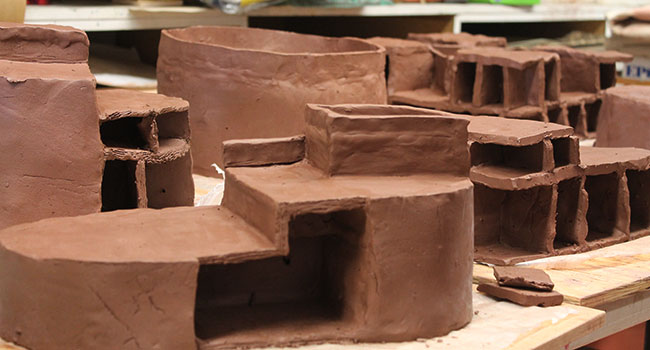 The bases are large, made of clay flattened with a rolling pin to an even thickness. Ms. Nosri showed the fifth graders how to connect the vertical pieces to the horizontal planes, how to join the seams, and more. The bases have to be strong enough to support the tea sets. Upon completion, the bases were fired and stained. 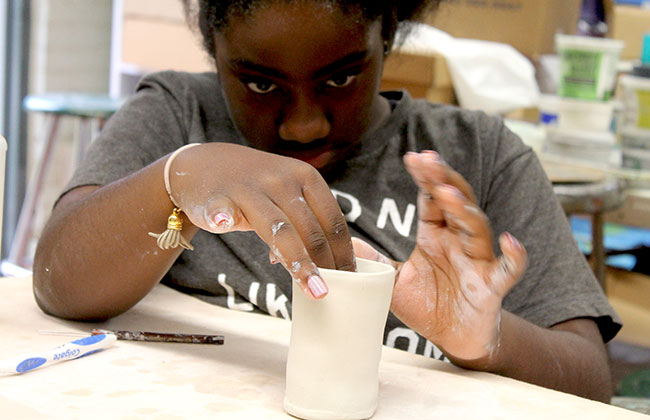 On to making the teacups. The cups and teapots are made of porcelain–a white clay often used in fine china. Ms. Nosri demonstrated how to make the cup, and the kids took it from there, including painting their cups. 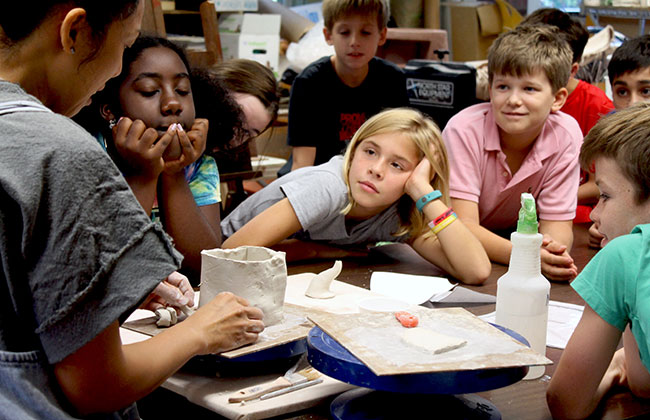 Each of the bases to hold the tea sets is different with a uniquely-shaped space to hold the teapot. Ms. Nosri made templates for the base of each teapot and crafted the teapots with input from the kids on various things such as the size of the spout. 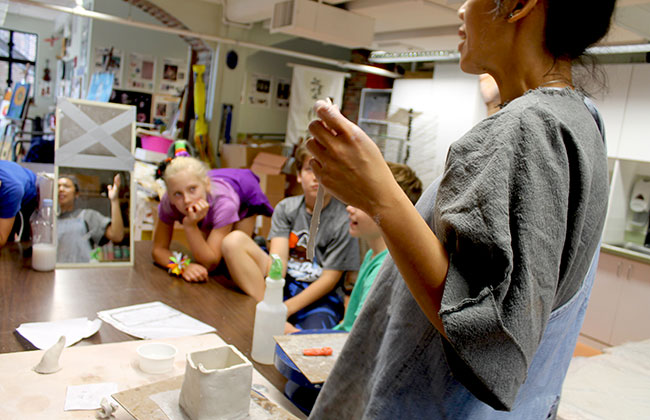 She works on the teapots in front of a mirror (much like a dressmaker!) for the full view of the work in progress. The fifth grade teams painted their teapots and cups with imagery of their choosing. 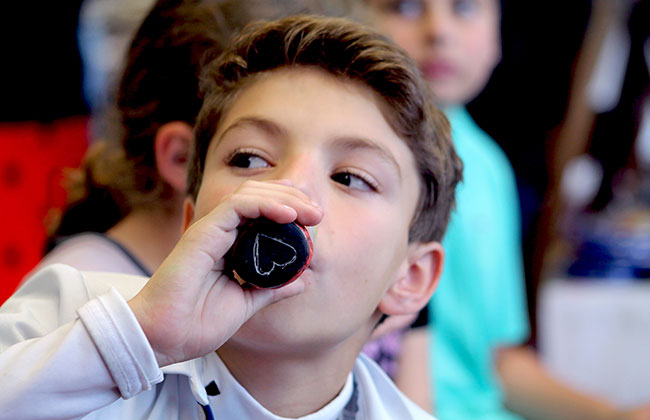 If you’re 10 or 11 years old, you may not have tasted hot tea. With the teapots and cups on display, Ms. Nosri and art teacher Ellen DeFilippo (Mrs. D to Forsyth kids) made several flavors of hot tea for fifth graders to sample in their handmade cups. They also learned about making toasts, an integral part of the ceremony. 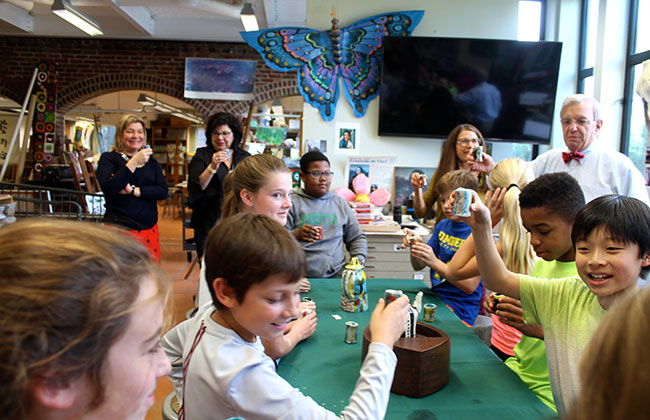 We were honored to have Mrs. Aitken and Dr. Tim Burns on hand for this round of tea ceremonies. 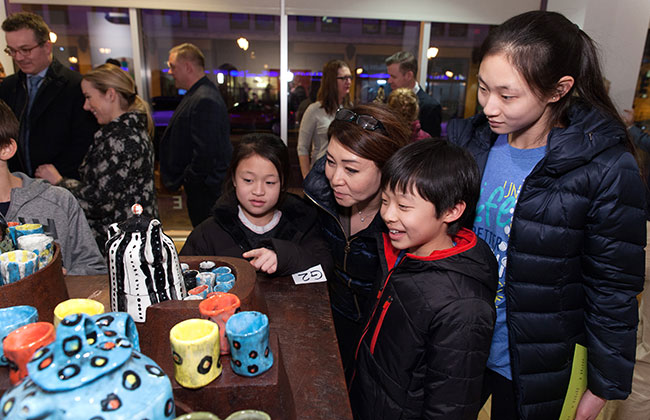 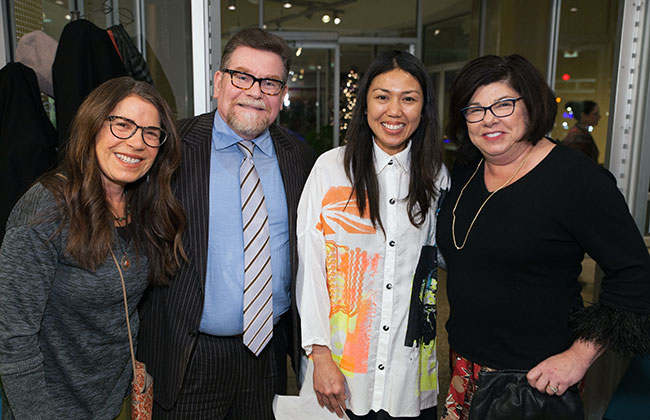 Although this is an artist-in-residence art project with hand-crafted ceramic components, the tea ceremony event is the CommuniTea project. It was a unique cross-cultural art experience for Forsyth fifth graders and their families. 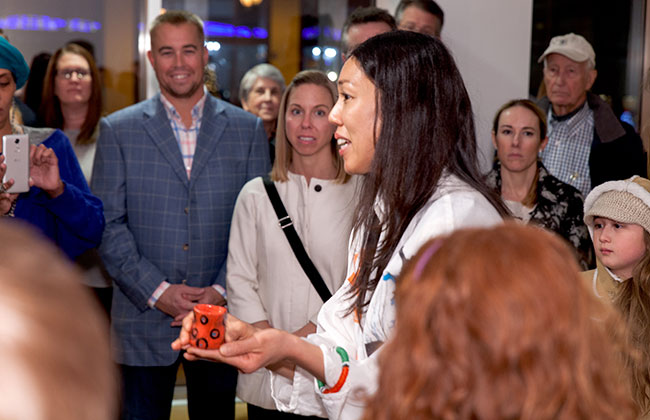 The visual art program at Forsyth is similar to university art programs. There’s a progression of skills development, materials mastery, and visual awareness that builds from Grades 1-6. By fifth grade, Forsyth kids are ready for the challenge of working on an art project in collaboration with a professional artist. 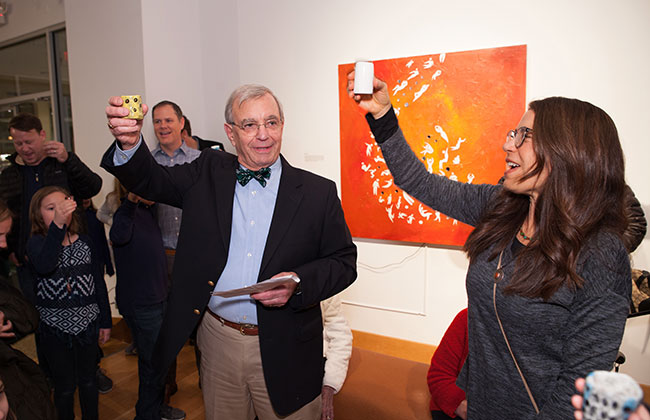 Every year, Forsyth fifth graders have an extraordinary opportunity to work with a professional artist on a unique project thanks to the Nicholas Aaron Aitken Artist-in-Residence program. This year was no exception.