RSS Feeds
August 7, 2016
Share to FacebookShare to TwitterShare to Google+Share to LinkedInShare to PinterestShare to EmailPrint this page
RSS Feeds
Camp Collaborations 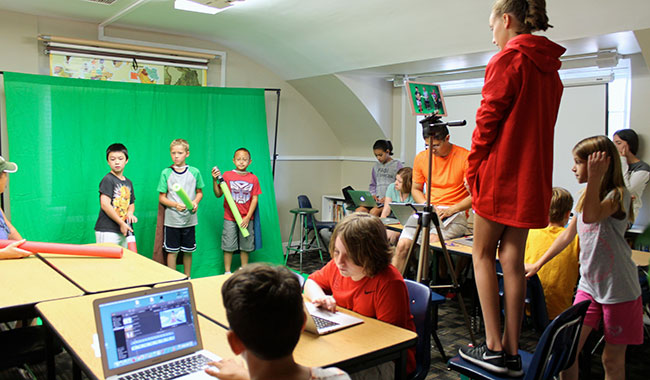 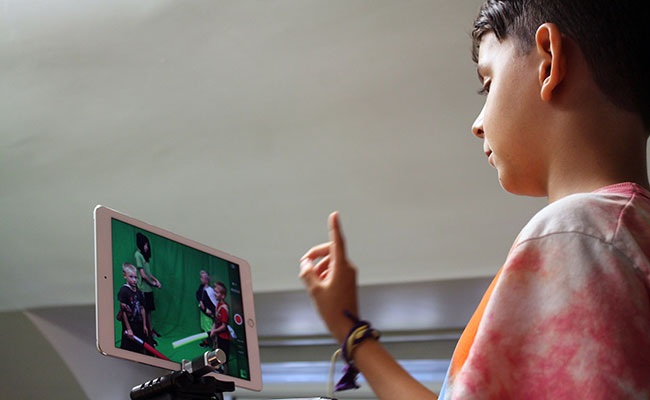 One of the fun things about Summer Discovery is the mixing and mingling of different ages and interests. For example, we had a big Galactic Adventures camp and at the same time a group of filmmakers in iMovie camp. These two camps collaborated: the Galactic crowd developed skits that the iMovie camp filmed on a green screen. The filmmakers edited the footage to include Galactic backdrops, audio, and more. 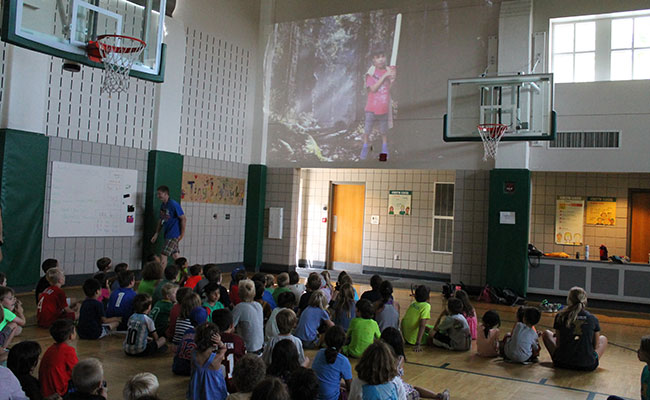 Then, on Friday, the last day of the 1-week session, the whole camp gathered for the premiere of the film. In 5 days, this group of iMovie kids filmed and edited video to produce an 11-minute feature film. Impressive and really fun for all the campers to see a kid production. 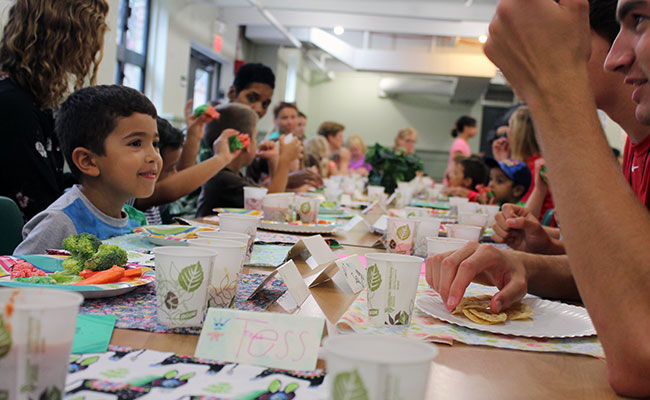 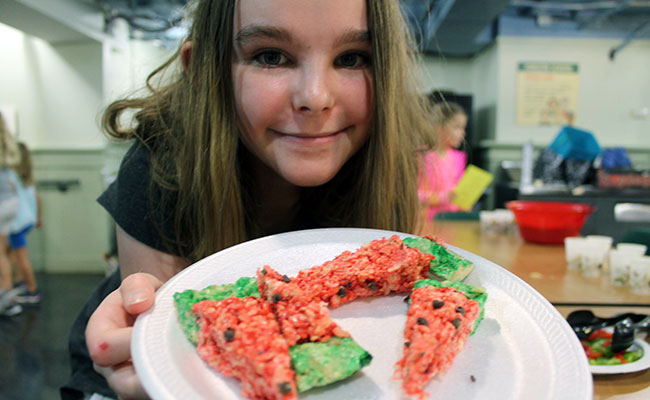 Home Ec camp spent the week preparing for the party they hosted for pre-primary campers. They made invitations, sewed napkins and placemats, made placecards, made all the food ("It helps if you wear goggles when you cut the onions," advised one camper.), served their guests, and then presented handmade gift bags to each guest. Then, there was time for the Home Ec campers to field questions from their guests about what they did and how they did it. 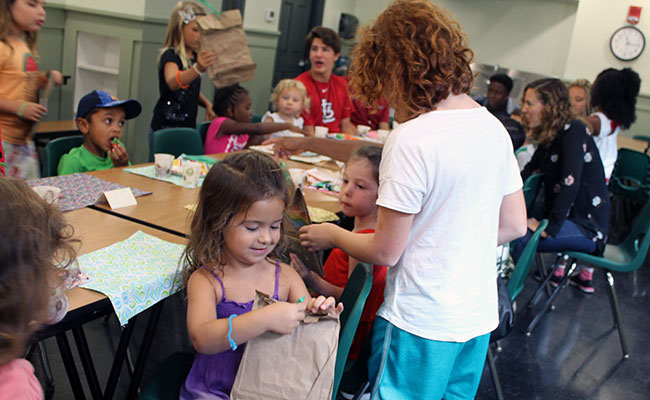 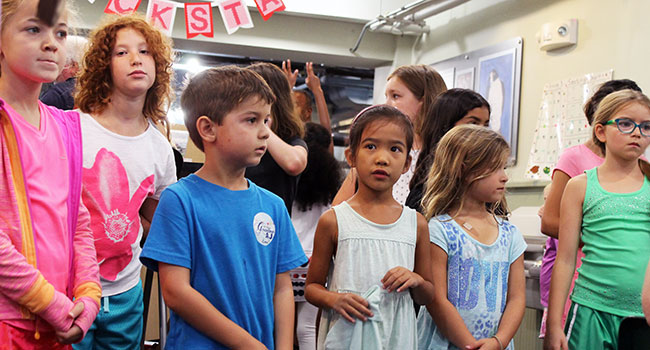