RSS Feeds
July 1, 2016
Share to FacebookShare to TwitterShare to Google+Share to LinkedInShare to PinterestShare to EmailPrint this page
RSS Feeds
Crafting Catapults 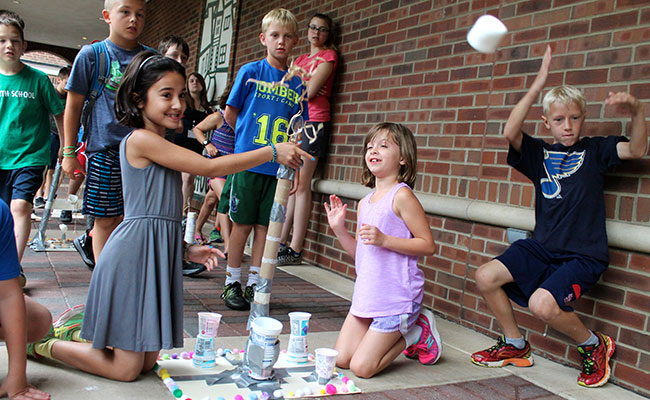 In The Great Desert Island S.T.E.A.M. camp, campers are using science, technology, engineering, art, and math in team challenges built around a tale of a ship passenger lost at sea. They designed and built huts, bridges, waterproof containers for a message in a bottle, and more. 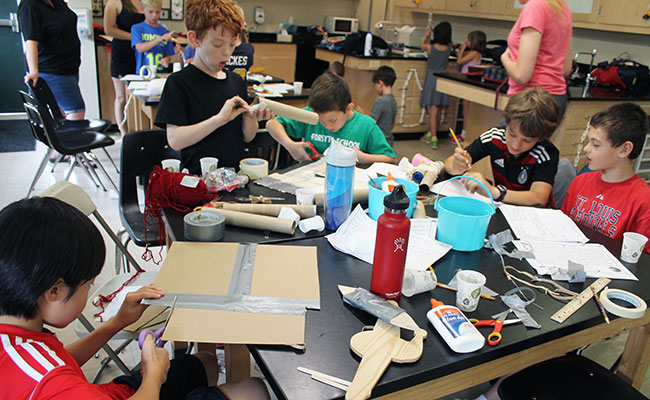 On this desert island, our stranded passenger will have to fight off pirates. Summer Discovery teams to the rescue! They designed and built catapults with craft sticks (think tongue depressors), cardboard cylinders, paper cups, plastic spoons, scraps of wood, tons of duct tape, rubber bands, and more. Forsyth science teacher Mrs. Anibal provided project specifications for the size of the base and the height of the catapult. Did we mention that marshmallows would be fired at the pirates? 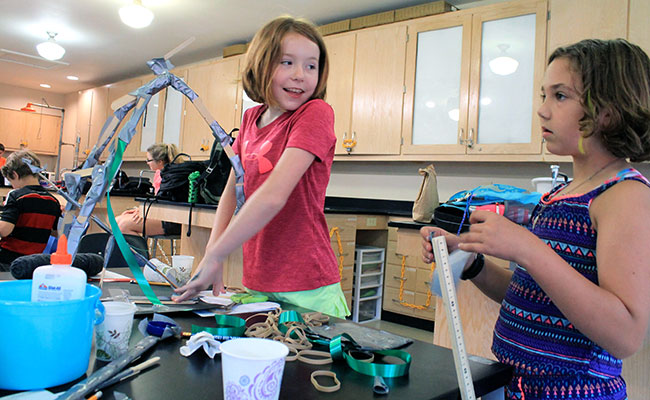 This was an all-engrossing project. For 3 hours straight, these campers worked on their catapults, designing, building, refining, and testing. Mrs. Anibal made the rounds and offered questions and advice when needed. Intense concentration, tenacity, and teamwork prevailed. Very creative contraptions sprang up around the science lab, and their design teams spoke knowledgeably about them. "It'll never work. It shoots up great, but not out," said one camper of his team's innovative design. But many of the catapults did work, and quite well. 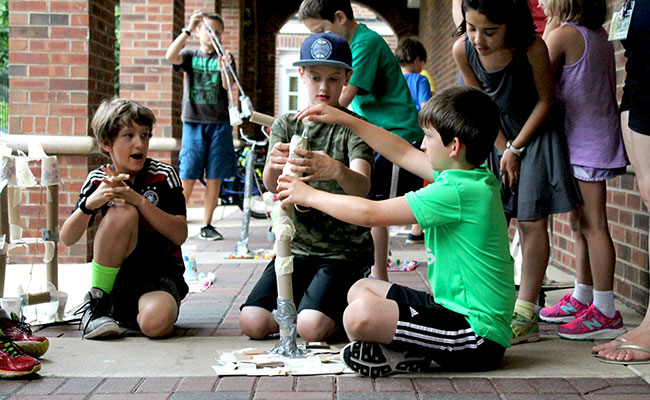 On to the moment of truth. Whose catapult would shoot the marshmallow the farthest? Everyone gathered in the colonnade and one by one, teams positioned their catapults on the designated spot and launched marshmallows with varying results. Marshmallows are not aerodynamically designed, but the winning launch catapulted the "ammo" an impressive 20 feet. 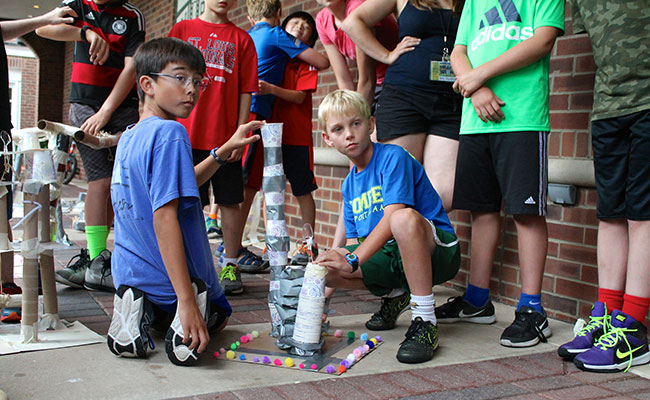