RSS Feeds
February 8, 2016
Share to FacebookShare to TwitterShare to Google+Share to LinkedInShare to PinterestShare to EmailPrint this page
RSS Feeds
Cross-Cultural Pen Pals 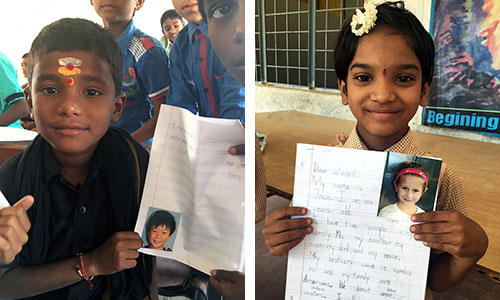 Through a connection with the not-for-profit group New Creation International, Forsyth first graders began a cross-cultural pen pal project in mid-December. Our first graders wrote letters to first and second grade children at Sri Aurobindo School, a private school in the village of Gaddipalli, which is in the Nalgonda District of the state of Telengana, India. 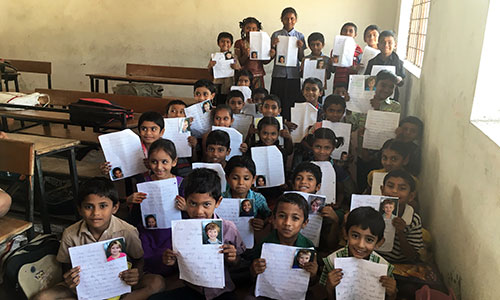 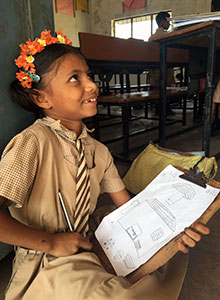 This pen pal project provides an avenue to bridge study units in language arts and social studies. It is our goal as teachers to build better writers by giving children an authentic audience for their written pieces. Forsyth first graders now know that not only did someone actually read their letter, but they also responded to it.  This experience encourages the children to write with meaning and with purpose.

Our letters from our pen pals at Sri Aurobindo School–mostly illustrations since English is a second language–arrived in late January.  First graders viewed a slideshow of these photographs. We studied the illustrations our Indian pen pals sent…some faucets (because the bathrooms at the school just got running water) and Ganesha (god). One even had an illustration of Sponge Bob, and we talked about how an Indian child in a small village would know this American television character. It was a great opportunity to compare life experiences.