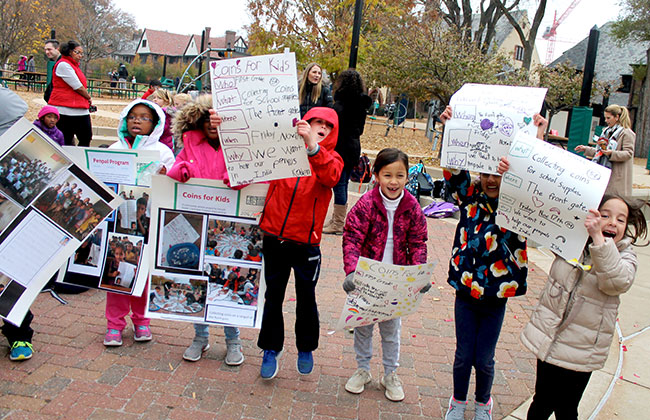 You’re 6 or 7 years old. It’s a gray, wintery morning with a brisk breeze that ups the chill factor. You’re outside at the gates for a good cause, a class community service project. 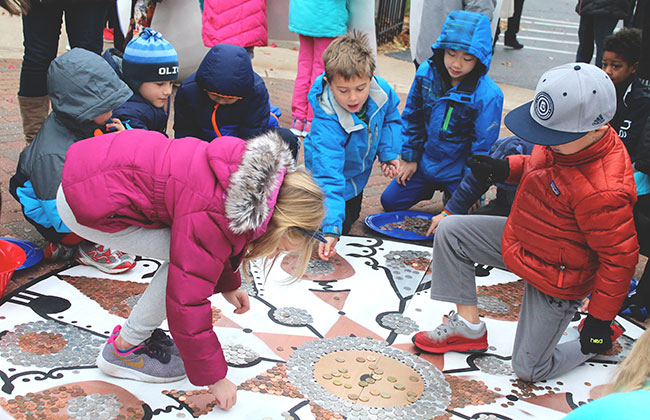 Bundled up Forsyth first graders sat at the perimeter of a handpainted, circular rongoli collecting coins as Forsyth families came to school. The kids sorted the coins as donations came in and placed them by color on the silver and copper patterns of the rongoli. 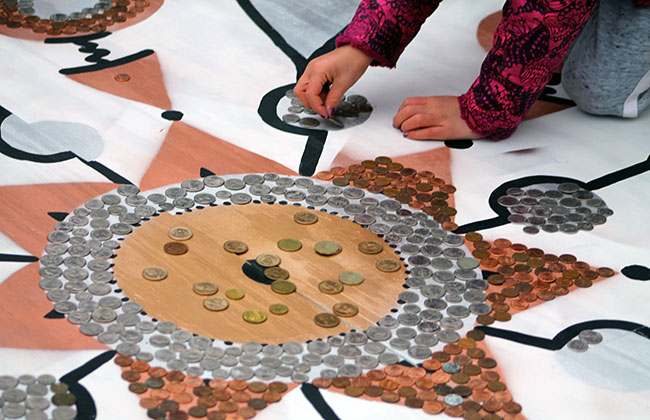 This is Coins for Kids, a community service project of Forsyth first graders. This curriculum-based community service project developed through a connection with the not-for-profit group New Creation International. As part of their study of India, Forsyth first graders write letters to first- and second-grade pen pals at Sri Aurobindo School in the Indian village of Gaddipalli. Funds raised through Coins for Kids will go to this school to purchase materials for their classrooms. 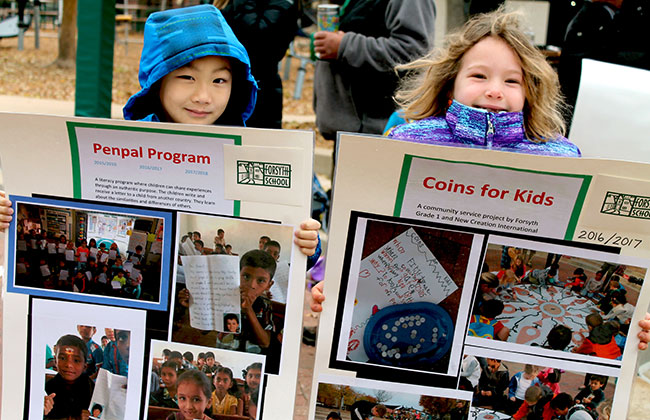 Making posters, counting coins, writing letters to pen pals–there are lots of skills involved here. Forsyth first graders rallied the School community in support of their Indian pen pals. Later this year, they can look forward to letters from their pen pals telling them what the Coins for Kids were used for. 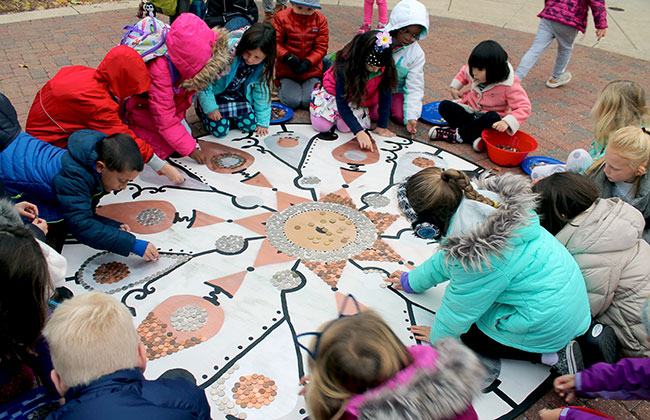