RSS Feeds
October 6, 2016
Share to FacebookShare to TwitterShare to LinkedInShare to PinterestShare to EmailPrint this page
RSS Feeds
Environmental Stewardship 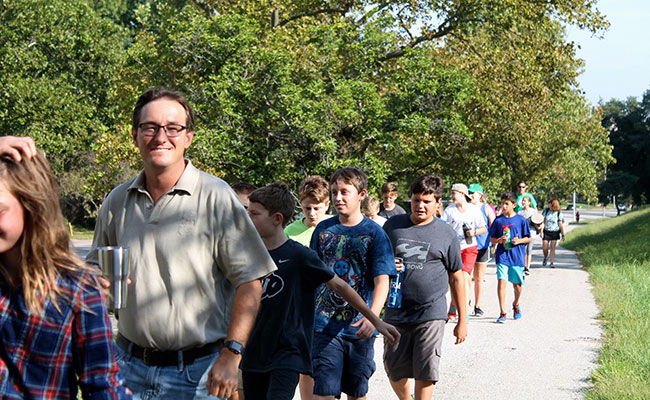 Forty-two Forsyth sixth graders, their 4 teachers, and Upper Division Director Darel Shelton walked a half mile up Skinker to the Kennedy Woods Savanna in Forest Park for the class community service project. On site, they connected with environmentalist (retired Forsyth science teacher) Gary Schimmelpfenig, Lower School science teacher Christine Torlina, and Jean Turney, Education Coordinator for Forest Park Forever. Mr. Schim has been involved with reconstruction and restoration of the Savanna since 1998. Over the course of the morning, each group of sixth graders rotated to work on sustainability projects at three stations. 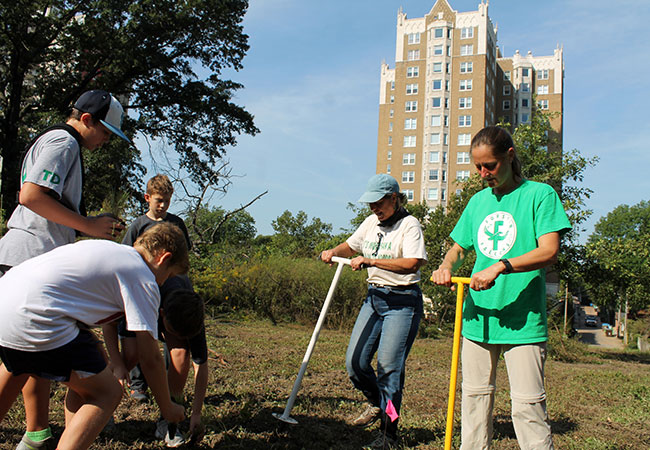 Urban Prairie Restoration. With Skinker Boulevard in sight, the sixth graders planted Blue Stem grass on the Kennedy Forest Savanna. We’ve done a lot of planting on the campus here, so not surprisingly, the sixth graders know how to plant. Ms. Torlina and Mrs. Zareh plugged the holes, and the kids planted the grasses. 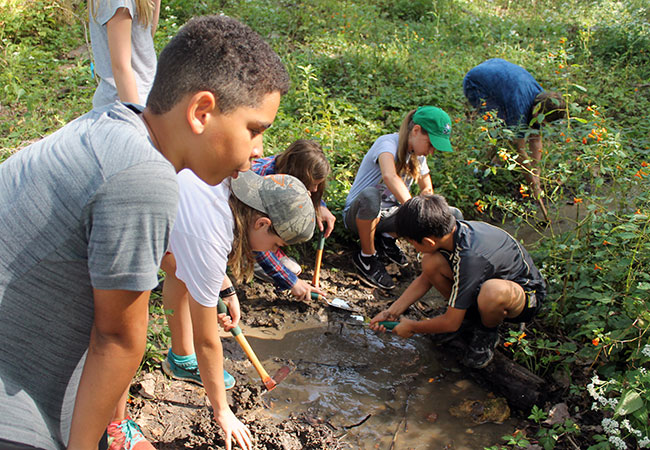 Stream Exploration. “What do you hear?” asked Jean Turney at the head of the stream. Kids were given one task to accomplish: fill 2 gallon-milk cartons with water from the stream to water newly-planted grasses at the savanna planting site. After that, they were free to explore the stream. They built dams to create pools of water–one way to get enough water for the milk cartons. You can get muddy building dams, so the head of the stream was the perfect place for handwashing before the next stop. 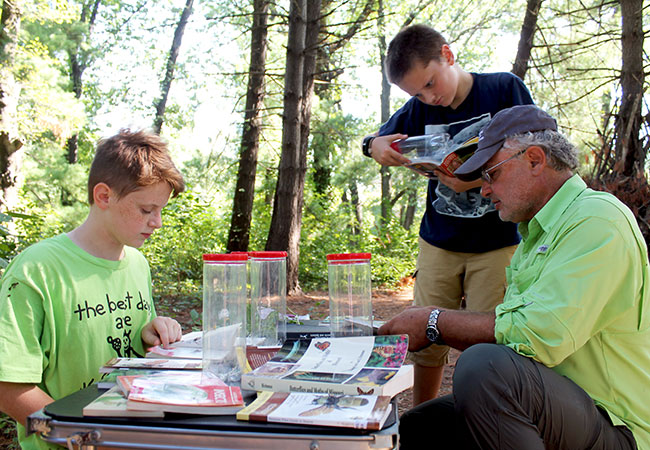 Catch & Release. On to the pines for an insect bioblitz with Mr. Schim. After a demonstration of two ways to catch insects, in nets or plastic containers with ventilated lids, the group divided and headed out into the surrounding fields. As the kids returned with their finds, they identified the insect using books Mr. Schim brought and recorded their findings on the master bioblitz list. Letting the insects fly free was almost as rewarding as catching them. 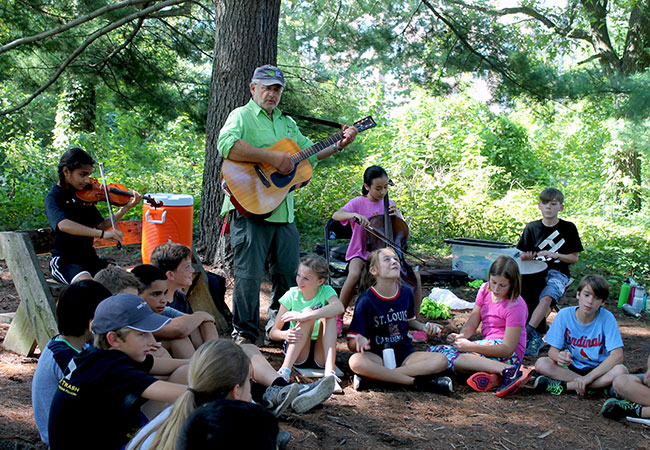 Earth Chant. To close, the entire class sat in a circle (a somewhat organic formation) and Mr. Schim, on guitar, led the group in the Earth Chant. Three sixth graders provided additional orchestration. To conclude their service project, the sixth graders helped with pack-up, carried everything down to Mr. Schim’s truck, before heading down the street to return to School. 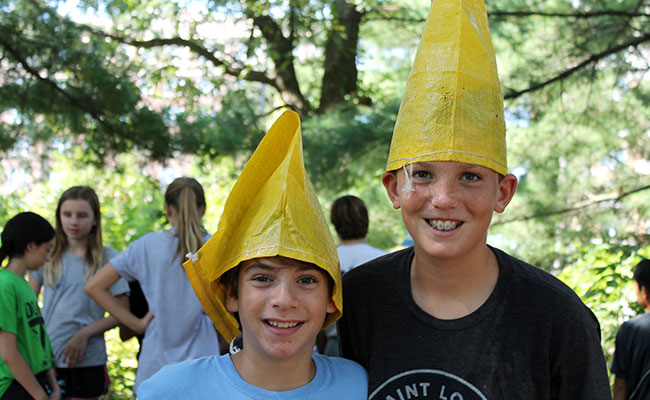