A little (or a lot of) rain can't stop school tradition at Forsyth! Due to the rainy weather, the whole school gathered in Rand Center in the afternoon on Friday, August 24, to close out the first week of the new school year—and the first day that ALL our students were on campus together—at the Opening Day Assembly. 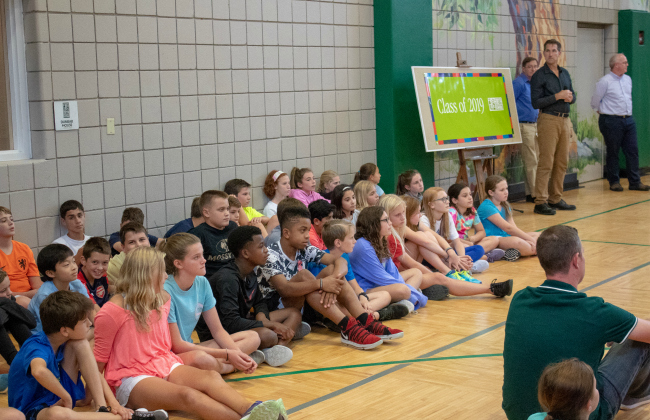 According to tradition, the sixth graders were officially recognized as Forsyth's 2019 graduating class. Each one stepped up to the mic, in turn, to introduce themselves to the School and sign the official class banner, set to hang in pride of place in Gerdine House until graduation. 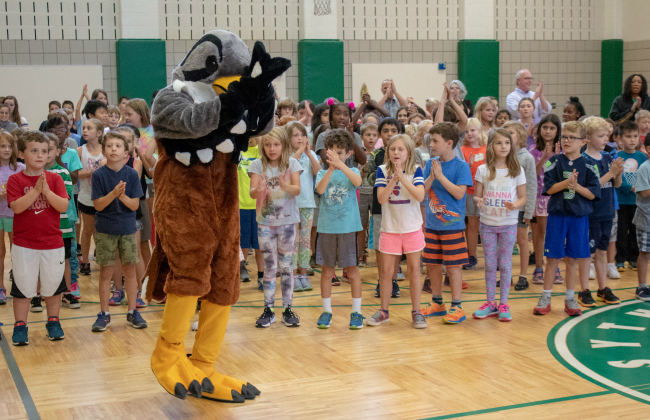 The Opening Day Assembly would not be complete without an appearance by Freddy Falcon himself. He burst onto the scene (to more than a few squeals of delight!) and rallied everyone's school spirit. Finally, Mr. Thomas (with help from Freddy, of course!) led the entire school in a rousing rendition of the Green & White song to close out the assembly. What a way to celebrate the start of the new school year.