RSS Feeds
December 2, 2016
Share to FacebookShare to TwitterShare to LinkedInShare to PinterestShare to EmailPrint this page
RSS Feeds
A Holiday Tradition 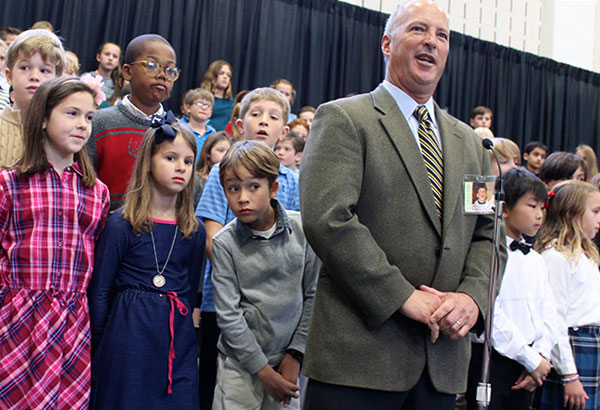 The Wednesday before Thanksgiving, we welcome Grand Friends (grandparents and special friends) to Forsyth. The highlight of our Grand Friends’ visit to the School is the performances by Forsyth kids of all ages. 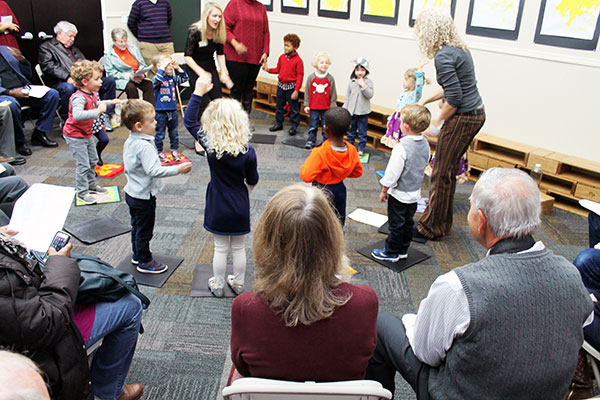 After visits in the classroom with a short activity and a snack, the Pre-K children and their Grand Friends moved to the multipurpose room for a charming performance with their teachers, Mrs. Santa Cruz and Mrs. Pelc. They showed their families some of the things they do in Morning Meeting and performed a few songs. 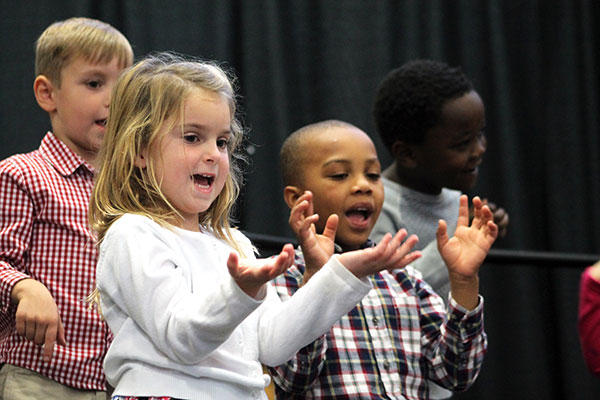 Junior-K children performed on stage in The Rand Center for the first time ever. Their teachers had collected quotes from the kids about Thanksgiving and what they are grateful for, and in between songs, shared those thoughts with families in the audience. The Junior-K teachers–Mrs. Byrd, Mrs. Winkeler, Mrs. Alexander and Mrs. Maglasang–developed and led the program. 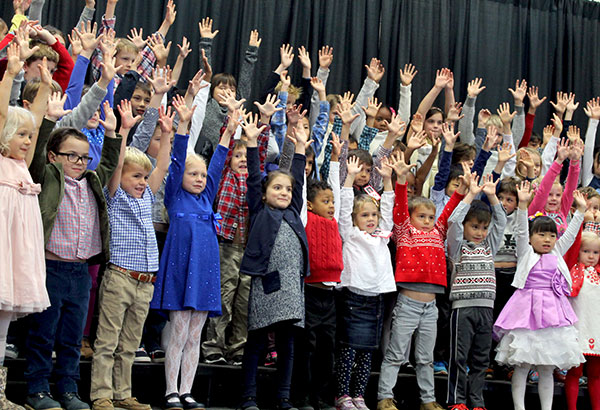 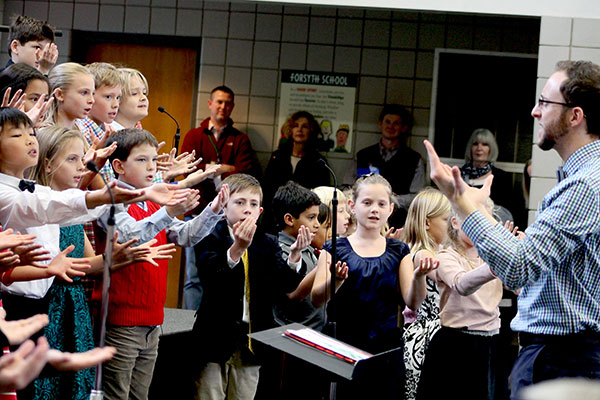 Mr. Thomas choreographed complex Upper School performances that Forsyth kids carried out flawlessly. The first songs – “Under the Sea” and “Go the Distance” – had Grades 3-5 on stage together. Then Grade 3 departed, Grades 4 and 5 seated themselves on the risers, and Grade 6 took center stage for two songs: “Seize the Day” and a Forsyth sixth grade tradition, “Family.” The grand finale was truly grand. For “Circle of Life,” sixth graders moved off stage and down the center aisle of the Rand Center (with the audience), third graders rejoined the fourth and fifth graders on stage, for an uplifting rendition of “Circle of Life.” It was spectacular, with precision choreography and singing that earned a standing ovation from Forsyth families. And with that, School dismissed for Thanksgiving holiday. It was a memorable start to Thanksgiving. 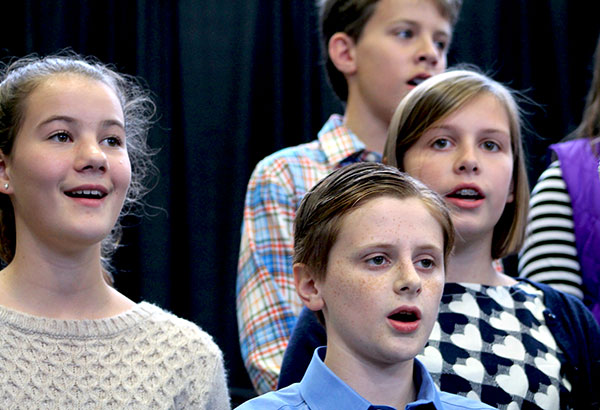