RSS Feeds
October 28, 2016
Share to FacebookShare to TwitterShare to LinkedInShare to PinterestShare to EmailPrint this page
RSS Feeds
Junior-K Naturalists 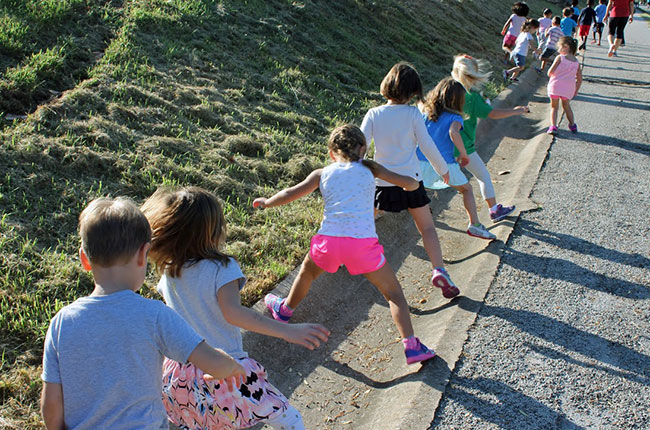 A half-mile up the street from Forsyth, you’ll find another ecosystem: the Kennedy Woods Savanna in Forest Park. That’s where you’ll find Forsyth Junior-Kindergarten (age 4-5 years) science classes in fall, winter and spring. 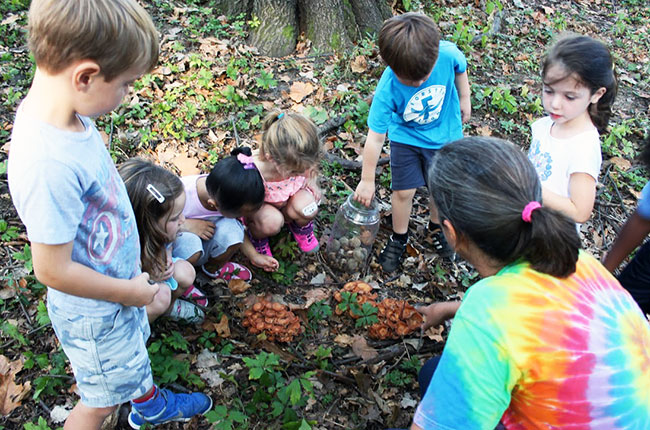 This year, Lower School science teacher Christine Torlina is rolling out the Junior-K Naturalist Program, a new unit in Forsyth’s early childhood science curriculum. The goal is to connect kids with nature over three seasons, so they can learn about seasonal changes, strengthen their powers of observation, hone their senses, all at the Kennedy Woods Savanna habitat. Did we mention walking? No buses involved. The kids walk up Skinker to the savanna in Forest Park, so they are also connecting to their neighborhood on the way to their savanna classroom. 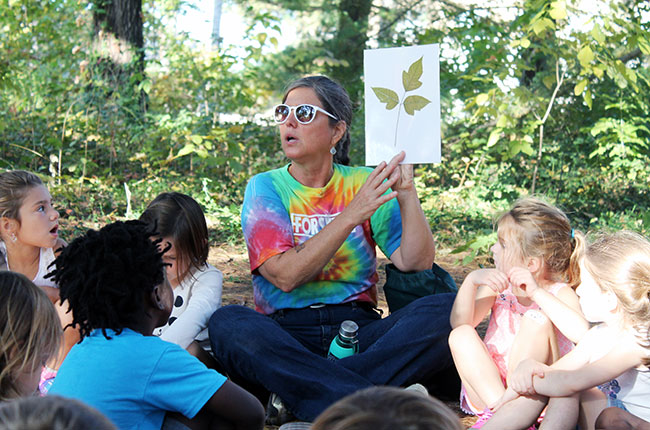 Here's what they did. For the fall exploration, the Junior-K kids first sat in a circle in the pines at Kennedy Woods Savanna and learned what poison ivy looks like. After that important safety announcement, Ms. Torlina led a song about nature, before the class broke up into two groups. One group went on a nature scavenger hunt with Mr. Schimmelpfenig. They looked for sticky seeds, parachutes, leaf shapes, you get the idea. Meanwhile the other group, headed over to the stream area of the Kennedy Woods with Ms. Torlina where they pretended to be squirrels. What would squirrels do in the woods?  In the fall, they are collecting acorns, and the bearded acorns from Burr Oaks are impressively sized. Back in the classroom the Junior-K kids made journals of their discoveries on the savanna.

>> See a slideshow of the Junior-K naturalists 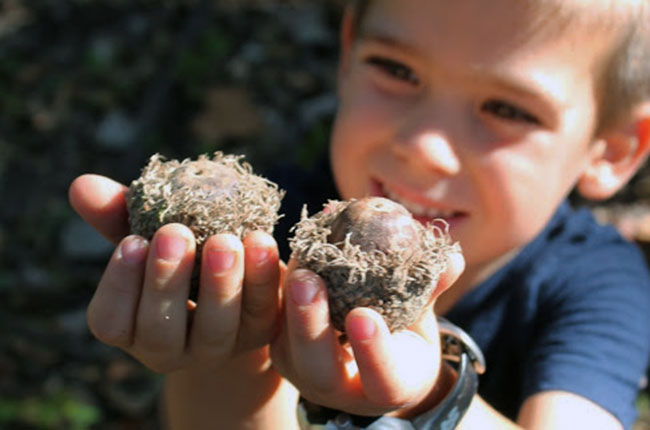 A passionate environmentalist. Ms. Torlina is a veteran Forsyth teacher (29 years teaching, 22 years at Forsyth) who taught language arts and social studies in second and third grades before becoming the Lower School science specialist in 2015. She’s a passionate environmentalist, a founding member and co-chair of the Go Green Forsyth! committee, and she leads very popular Habitat Helper camps for Forsyth Summer Discovery. 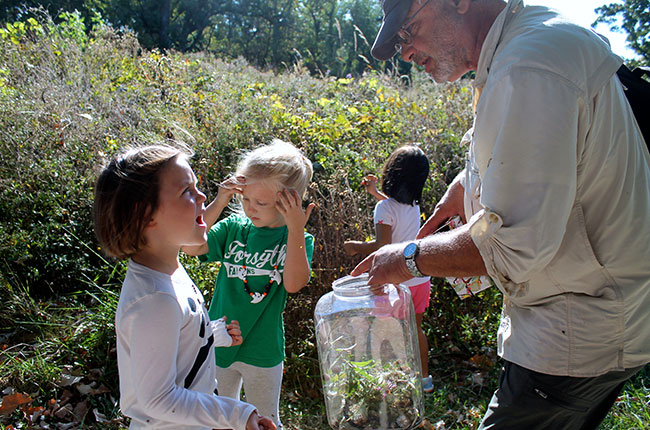 This past summer, Ms. Torlina’s professional development included workshops with the Missouri Department of Conservation. “MDC’s Nature Revealed curriculum, among many other resources, inspired me to create the Junior-K Naturalist Program,” noted Ms. Torlina. She’s a big believer in the benefits of time spent in nature for children: physical, mental and intellectual. The Junior-K Naturalist Program fits into the continuum of early childhood science at Forsyth that begins with the 3-year-olds in Pre-Kindergarten. The focus is on life and earth science and developing a sense of wonder and respect for all life. 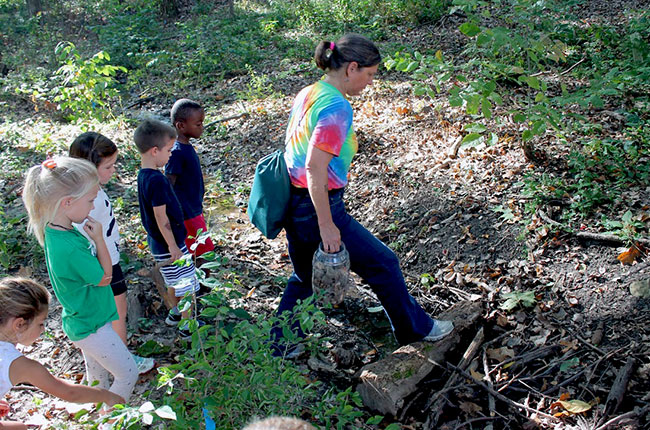 In her 22 years teaching at Forsyth, Ms. Torlina’s passion for the environment has been contagious. Here’s just one we want to share: Forsyth alum Hody Nemes, FS ’02, majored in environmental studies at Yale, and traces his educational path to his Forsyth teachers, beginning with Ms. Torlina. “In terms of my interest in the environment, I know that several of my Forsyth teachers played a strong role in sparking my interest in the natural world. That began with my second grade teacher Christine Torlina, one of the best teachers I've ever met, who made learning a happy, exciting activity. She has always been interested in the natural world, and I know that she passed along that love to our class.”

This year’s Junior-K students will no doubt be the next generation to develop a passion for the natural world with Ms. Torlina.