RSS Feeds
November 10, 2016
Share to FacebookShare to TwitterShare to LinkedInShare to PinterestShare to EmailPrint this page
RSS Feeds
Meet the Press 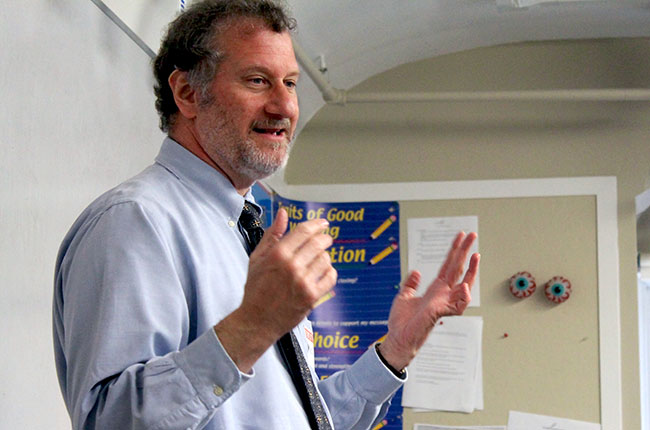 St. Louis Post-Dispatch food writer Daniel Neman found his voice when he was 12 years old. Humor is his thing whether writing about food or movies. He is very funny. Calvin Trillin, New Yorker contributor, is his hero. Mr. Neman visited with sixth grade and shared his experience writing, his love of movies, and other wisdom. Favorite movie? Black and white “Casablanca.” Longest time spent cooking a recipe? 8 hours. Worth it. 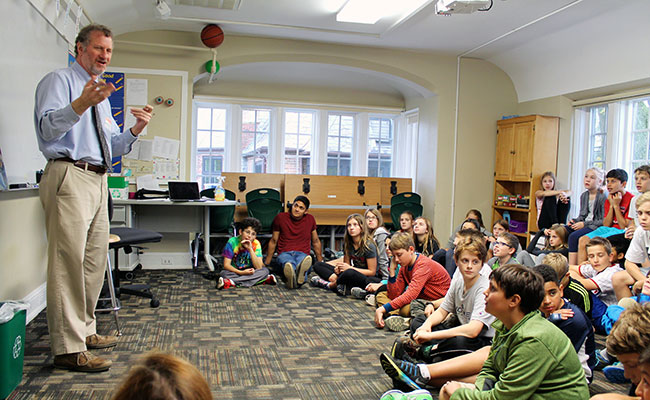 What brought Mr. Neman to Forsyth?  Mr. Neman’s June 22, 2016 Post-Dispatch column “To be a good cook, you must first be a bad one” resonated with the sixth grade teachers. “It matched our character key Failure Leads to Success,” reports language arts teacher Mr. Paradise. “He is a good writer, so I sent him an email over the summer asking him to speak.” Voila. 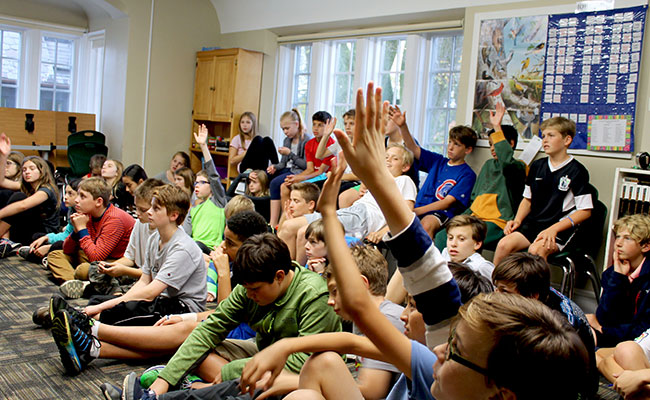 Mr. Neman is a movie buff. He began his career reviewing movies. In college he watched a movie every night, averaging more than 180 movies a year. Not recommended. He got laid off from movie reviewing and moved to food. That spawned a discussion about the difference between laid off and fired. Questions for sixth graders: What’s etymology?  What’s a voice?  Questions from sixth graders for Mr. Neman: How long does it take you to write a column? Which do you like better: movie reviews or writing about food? How do you decide what you’re going to write?

Ask the writer. What better way to learn? Firsthand.