In the science lab, Forsyth kids have all seen the photo of Mrs. Anibal, their science teacher, at NASA Space Camp. It’s a photo that begs a story. Here’s the story, in Mrs. Anibal’s own words.

In the summer of 2014, I received a special letter that changed my life forever. I found out that I was one of 64 teachers nationwide chosen by NASA to attend Space Camp at the U.S. Space & Rocket Center in Huntsville, Alabama, for free!  This special NASA grant provided a stipend, tuition, meals, and lodging, along with a comprehensive set of space and STEM lessons that I could use with my students. 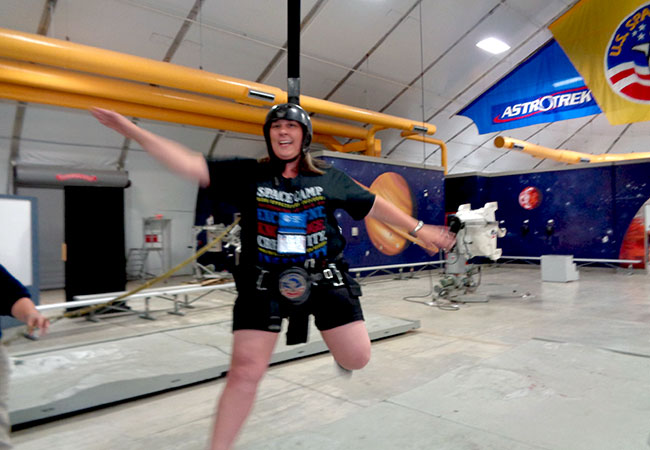 Astronaut-style training. For four action-packed days, I received 32 hours of intensive classroom and laboratory instruction. I had the opportunity to participate in astronaut-style training and to experience a variety of simulators including the 1/6th gravity chair that simulates the Moon’s gravitational pull, the Multi-Axis Trainer that simulates the disorientation one would feel in a tumble spin during reentry into the Earth’s atmosphere, and the Space Shot Simulator that allows you to experience four times the gravity of Earth with lift off force. 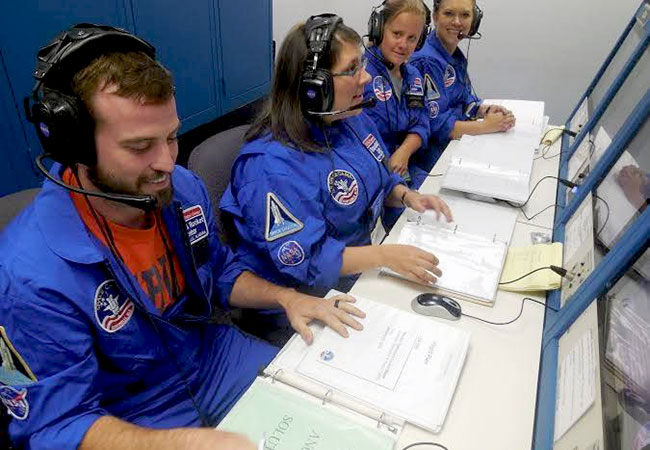 I visited the International Space Station Payload Operations Center located at the Marshall Air Force Space Flight Center. This is where they monitor all of the experiments on board the ISS.  I even had the once-in-a-lifetime chance to see the first 3-D printer that was going to be launched to the ISS aboard a SpaceX commercial resupply mission. I attended a special presentation by astronaut Dr. Donald Thomas and participated in a two-hour simulated astronaut mission using a full-scale ISS module with node mockups. 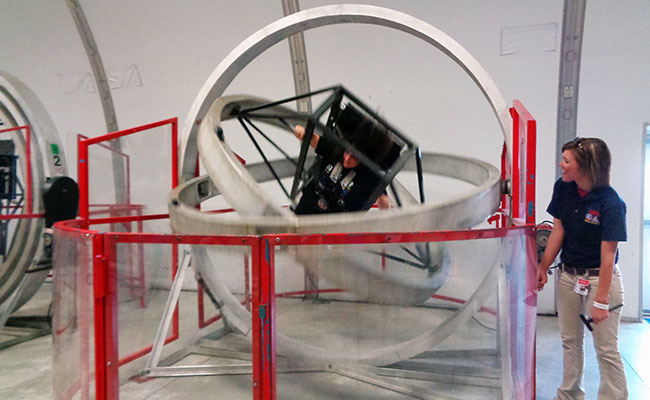 Mrs. Anibal in the Multi-Axis Trainer

Team challenges. I worked on a team to complete a series of hands-on challenges including designing miniature space shuttles, constructing and launching model rockets, designing the best water filtration system, and building and testing robots. 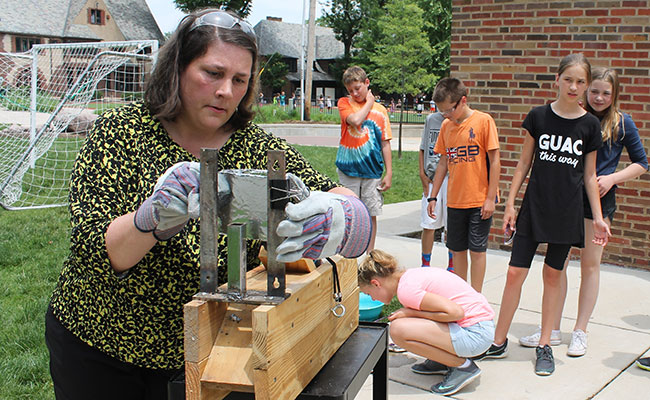 Forsyth fifth graders take on the egg-stronaut challenge on the patio of Next House; Mrs Anibal was in charge of the flame.

“Egg-stronauts.” One of my favorite challenges involved sending an “egg-stronaut” through the fiery process of re-entry, to mimic the conditions an astronaut would endure at the edge of the Earth’s atmosphere. We had to design and build a thermal protection system that was supposed to protect our “egg-stronaut” from 3,000 degrees of heat for three minutes.  We used a blowtorch to simulate these conditions. If the egg was fried in transit, so was the “egg-stronaut.” I’m happy to report that my team’s ablative shielding design was 100% successful.

As a child and as a teacher, I’ve always been interested in space. This opportunity gave me firsthand experience of what it’s really like to be an astronaut. The lessons I learned at Space Camp were invaluable and will continue to enrich what I share with my students for years to come.