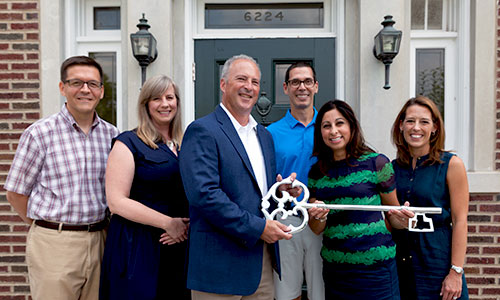 Sunday, August 30, 2015, marked the grand opening of the newly renovated Fillmore Early Childhood Center and the successful completion of the Expanding Our Opportunities Capital Campaign.  It was truly a grand opening–a first look at the new Fillmore for all, Pre-K and Junior-K families included­­–after a summer-long, extensive renovation.

Forsyth families, including grandparents, alumni families, past Trustees, and retired faculty, gathered on the Fillmore playground for opening remarks from Head of School Mike Vachow, who thanked the 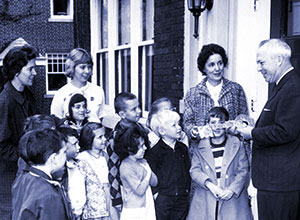 Forsyth community for their generosity “in the largest capital campaign in the School’s history, raising $4.1MM.”  Mike reviewed the achievements of the campaign:

>> The campus has grown 30% with the acquisition of a half-acre lot from St. Louis Hillel at Washington University and the purchase of Next House, 6255 Wydown Boulevard, the School’s sixth home. As a result of the campaign, Forsyth School has added an acre and 6,500 square feet of classroom space to the campus.

>> The campaign made possible the renovation of 3 of the six Forsyth houses–Next, Last, and Fillmore Houses, which allowed Grades 4 and 5 to have a dedicated house each. As a result, the classroom space at Forsyth School has been reconfigured: Fillmore Early Childhood Center for Pre- and Junior-Kindergarten; New House for Lower School, Senior-Kindergarten–Grade 2; and in upper 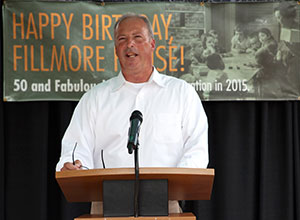 school, Grades 3-6 each have a house per grade.

>> Building endowment is a key component of the Expanding Our Opportunities Capital Campaign, including:  The Mark Sayers and B.J. Williams Faculty Development Endowment, The Ann F. Babington Endowment for Financial Aid, and The Nicholas Aaron Aitken Artist-in-Residence Program Endowment. As a result of the campaign, endowment funds exceed $4.25MM as of June 30, 2015.

“Challenge lies at the heart of our educational philosophy at Forsyth, a mission that works because Forsyth parents believe in the role of challenge in their own lives,” Mike Vachow noted. “Together, the adults in this community have met the challenges set before us in the Expanding Our Opportunities Capital Campaign.  Your generosity will benefit generations of Forsyth students to come.” 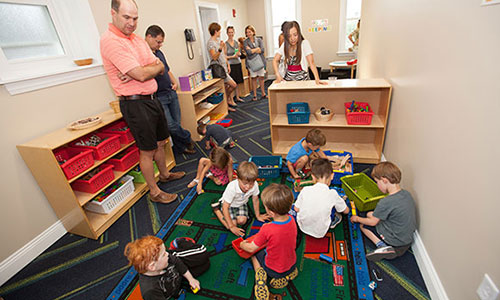 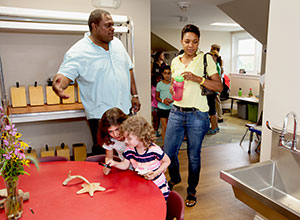 flowers from Forsyth families with notes of appreciation for the hard work required by the faculty to prepare the classrooms.  Retired Fillmore teachers  delighted in the transformed spaces along with Forsyth families.

Oohs and ahhs and thank you’s to the teachers abounded. The signature staircase, which is new and the reverse of the original, is stunning and evoked much commentary. Changing the direction of the staircase allowed for improved classroom space and a new entrance on the west side of the building for Junior-K, and Pre-K now has a dedicated entrance to their classroom space through what used to be the “door to Fillmore.”  The expanded Lower School Science Center now occupies the entire third floor, which provides several teaching/learning areas, as well as much needed storage for science artifacts.  All of the infrastructure is new in Fillmore: plumbing, wiring, fire suppression, HVAC, digital networks. It is truly an amazing renovation that will benefit Forsyth’s youngest students for generations to come.

August 30, 2015 was a historic day for Forsyth School. A day to be remembered.