RSS Feeds
July 2, 2017
Share to FacebookShare to TwitterShare to Google+Share to LinkedInShare to PinterestShare to EmailPrint this page
RSS Feeds
Pre-Primary Parade 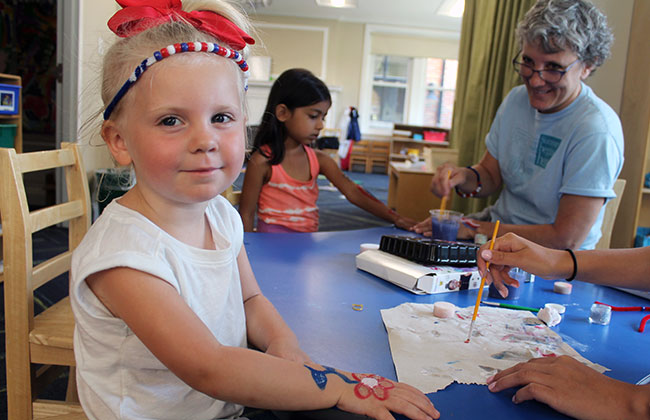 Summer Discovery's youngest campers prepared for Independence Day with all things red, white and blue. They painted T-shirts, made paper plate tambourines, and decorated their floats–that would be the brigade of Fillmore wagons and tricycles. Before the parade, their counselors painted faces and arms. The kids made necklaces and bracelets out of red, white, and blue beads. 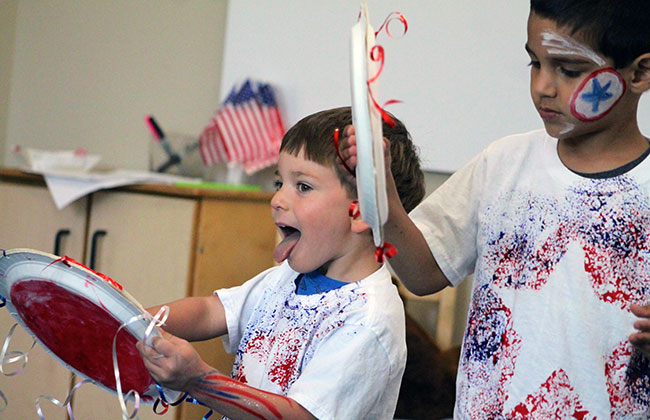 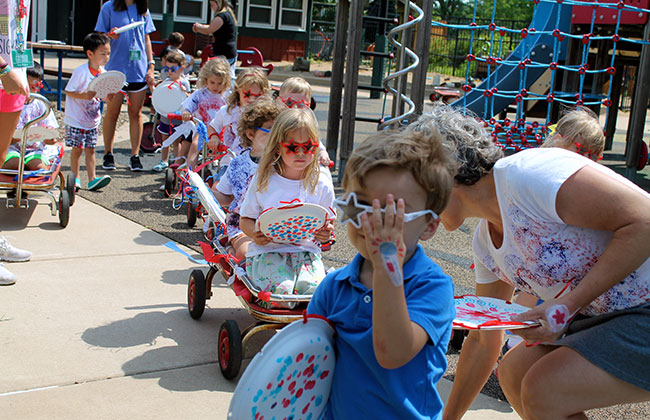 Out came the floats. Some campers walked and beat their tambourines. They were all star-spangled with their fourth of July sunglasses. 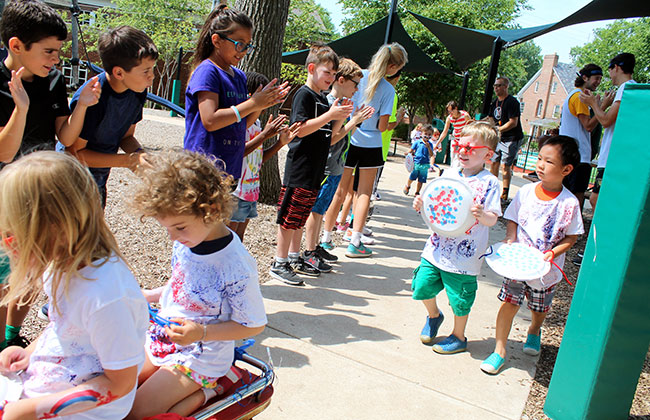 When the parade was over, you could hear the fireworks. In this case, there was no smoke and no fire. The pre-primary campers hopped off their floats and jumped on bubble wrap–always fun! From across the playground, it sounded just like fireworks. Pop! Pop! Pop!