A Salute to the Graduates

RSS Feeds
May 26, 2017
Share to FacebookShare to TwitterShare to LinkedInShare to PinterestShare to EmailPrint this page
RSS Feeds
A Salute to the Graduates 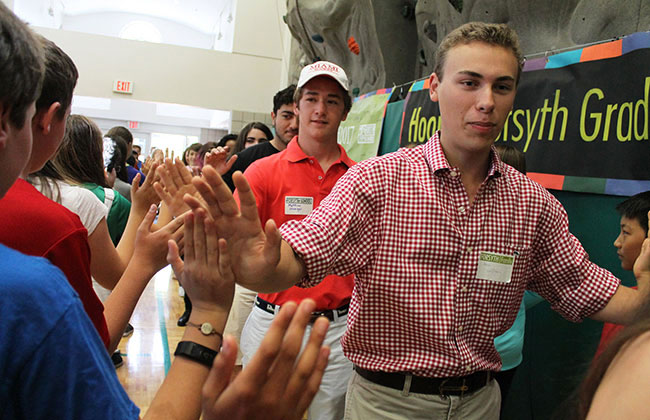 >> Click here to a view slide show of Year-End Assembly.

Mr. Vachow talked about transitions and the importance of saying good-bye, reminding the kids that we say hello at our opening assembly where we kick off the new school year. In addition to saying good-bye to our graduates, we also say good-bye to departing faculty and staff. 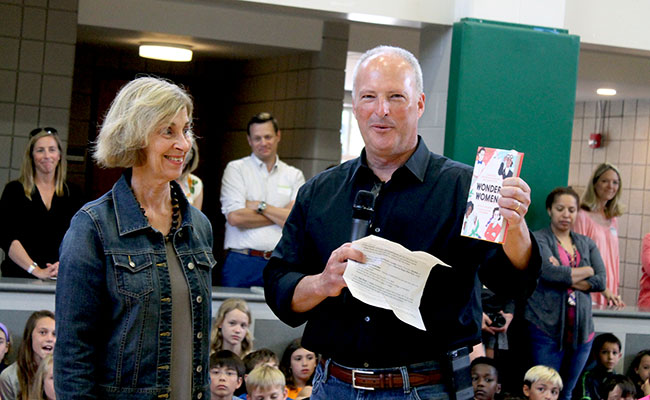 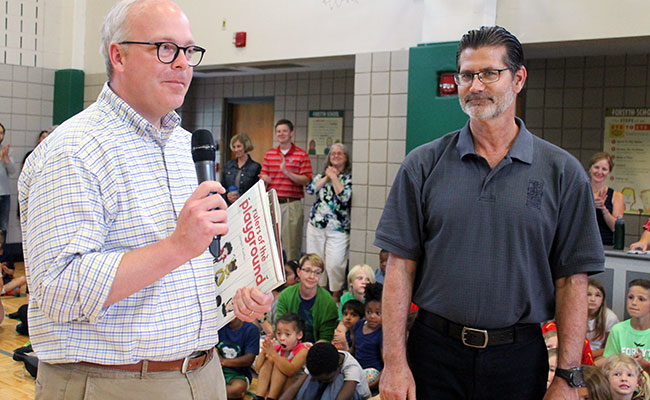 Mr. Hooper took the microphone to salute departing Lower School teachers: Mr. Axelbaum, 19 years in second grade and Mrs. Santa Cruz, 5 years in both Junior-K and Pre-K. Books will be given to the library in their honor.

Mr. Vachow then announced some transitions of faculty and staff who were not present: IT Director Mr. Boyd; Admission Coordinator Ms. Oxenhandler; and Grade 2 teacher Mrs. Peterfeso. Support staff member Mrs. Dodd is retiring this year. Mrs. Dodd has worked at Forsyth for 22 years and members of the Dodd family have worked at the School for 28 years.

We wish all of these departing colleagues the very best. 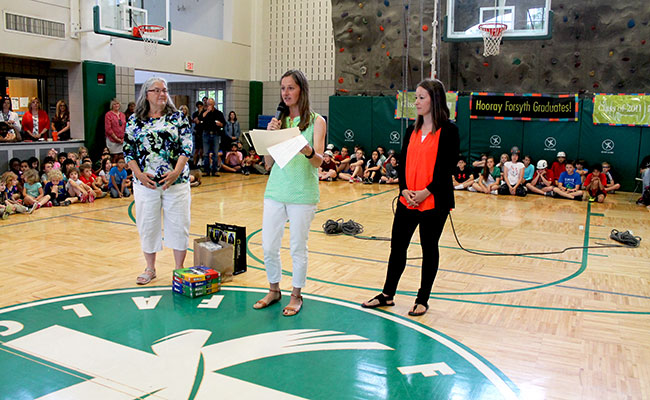 Mrs. Zareh was joined by her colleagues in Grades 4 and 5, Mrs. Veldhuizen and Mrs. Becker, to announce the winners of this year’s Maureen Ann Regan Math Prizes.  This math competition for students in Grades 4-6 was established in 2012 in memory of Forsyth parent Maureen Regan and the first prizes were awarded in 2013. The winners of the 2017 Maureen Ann Regan Math Prize were announced and accepted their awards. 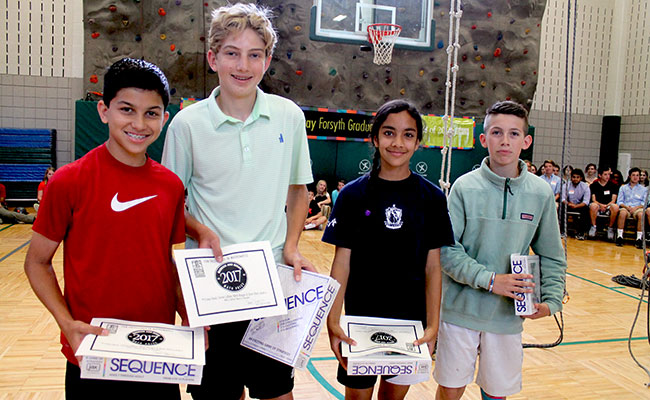 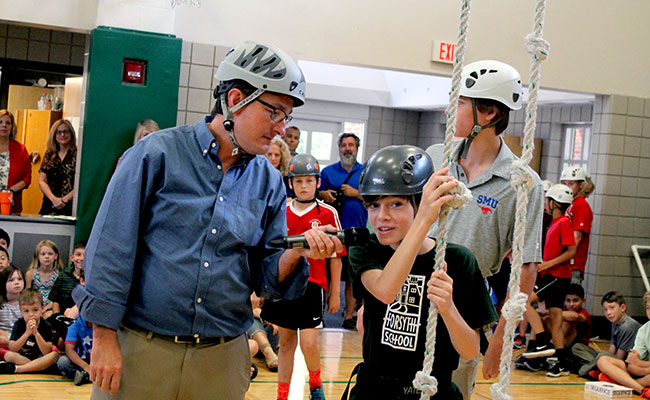 On to the much anticipated high beam demonstration. Typically, if there is a pair of siblings from the graduating sixth graders and seniors, those students would walk the beam.  This year, we had a pair of cousins. Mr. Shelton introduced the beam walkers and Grade 6 emcees, who took the microphone for the play-by-play of the beam walk demonstration. 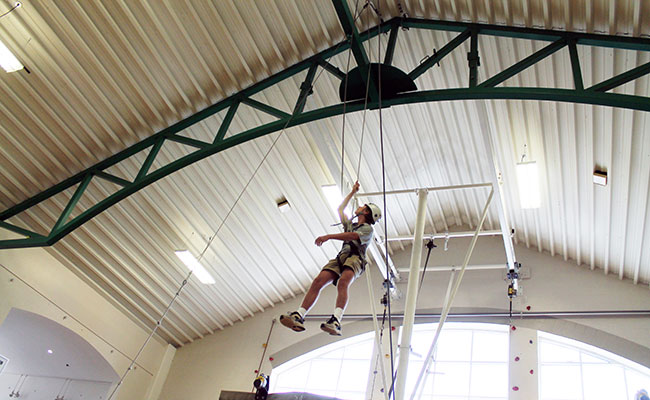 A team of sixth grade haulers pulled the walkers up to the beam. 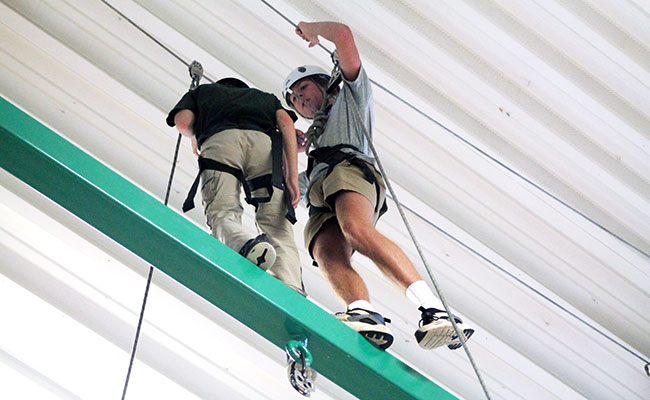 They crossed each other midway on the beam, 32 feet above ground. 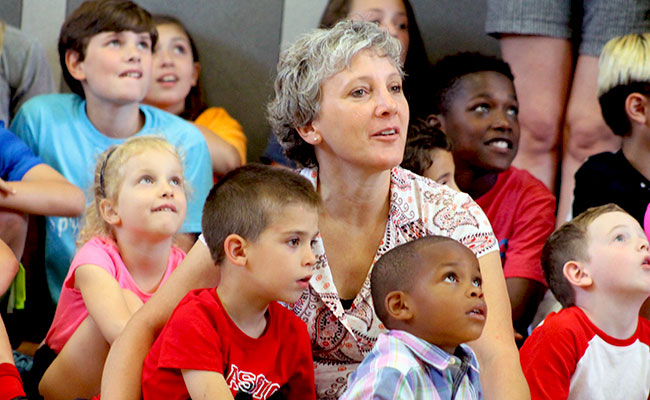 As always, all eyes were on the beam. It is breathtaking and the only time the whole School gets to see the beam walk, a rite of passage reserved for the sixth graders. 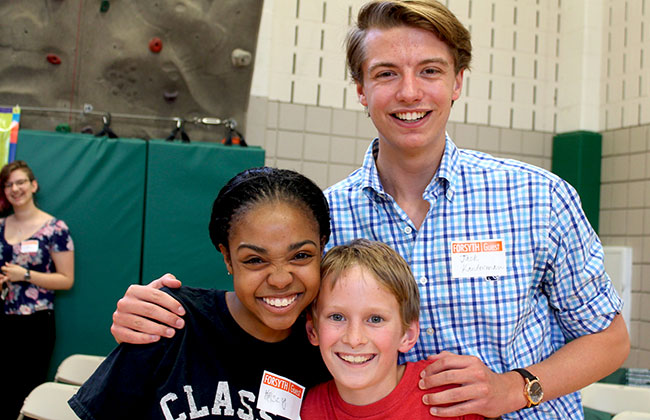 Mr. Vachow invited our Class of 2011 alumni to introduce themselves before the final Hip, Hip, Hooray for Forsyth graduates. The Class of 2011 reconnected with their Little Friends, now fourth graders. 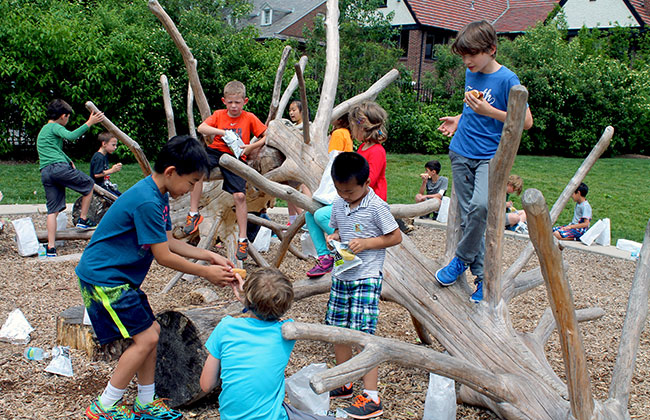 Then, Big Friends and Little Friends in Pre-K-Grade 6 paired up and headed out to lunch. Mrs. Duffy had turkey dog sack lunches for everyone, the sun came out, and everyone ate lunch outside and played. After assembly, the visiting seniors caught up with their classmates and Forsyth teachers, had lunch outside on the playground, and explored the campus. 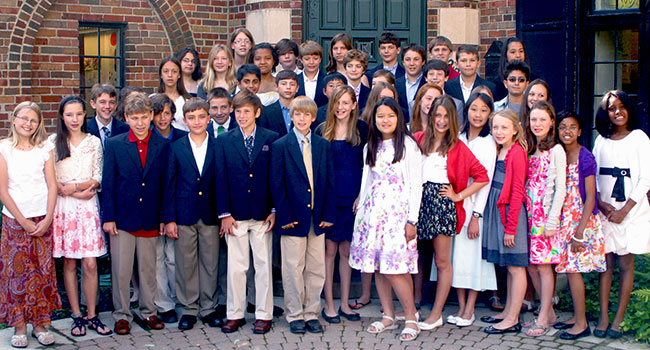 They started at Forsyth. Here they are at graduation in 2011.

“Forsyth is a really special place. I wholly attribute my love of reading and learning to all my wonderful teachers who made it so fun to come to class every day.” –FS ’11 alum 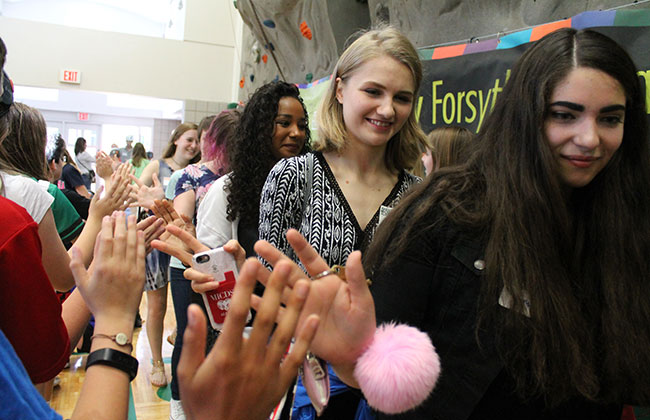 We wish all of our Forsyth graduates well in their transition to secondary school and college.