RSS Feeds
November 11, 2016
Share to FacebookShare to TwitterShare to LinkedInShare to PinterestShare to EmailPrint this page
RSS Feeds
Student Election 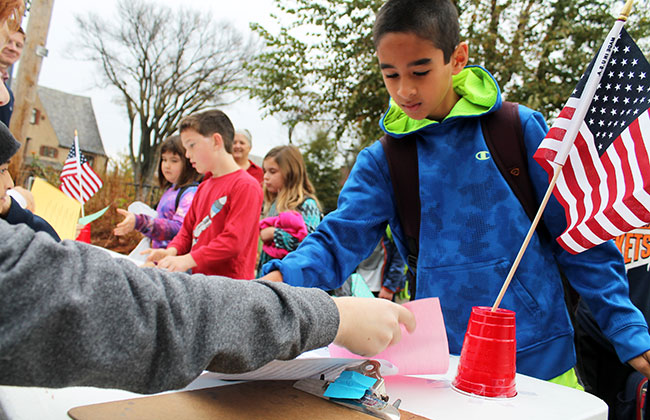 At Forsyth, the polls opened at 7:45a on Tuesday, Nov 8. Prior to the presidential election, Forsyth fifth graders visited Grades 2-6 to explain the election process, introduce the presidential candidates, register voters, and let everyone know when and where to vote. Registration was a requirement for voting. Some kids registered while the fifth graders were still there, others registered afterward, and voter registration continued through Monday.

If you were out on the sport court on Tuesday morning, you could not miss the polls. Voters signed in, were given a ballot, marked their ballot in the booth, and deposited their vote in the ballot box. Each grade was its own state for purposes of the “electoral” vote, and 3 students equaled one elector. 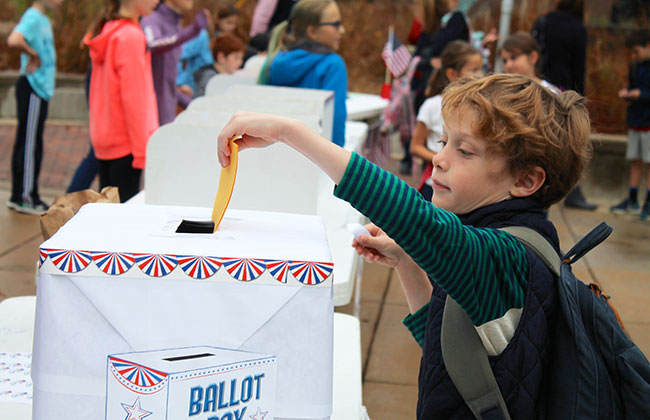 Fifth graders tallied Forsyth School presidential election results. 190 students in Grades 2-6 voted. Hillary Clinton & Tim Kaine were the winners with 129 votes or 68% of the popular vote and all 86 electoral votes. Donald Trump & Mike Pence received 35 votes or 18% of the popular vote. Gary Johnson & William Weld weighed in with 8% of the popular vote, followed by Jill Stein & Ajamu Bakara at 4%, and Darrell Castle & Scott Bradley with 1%. 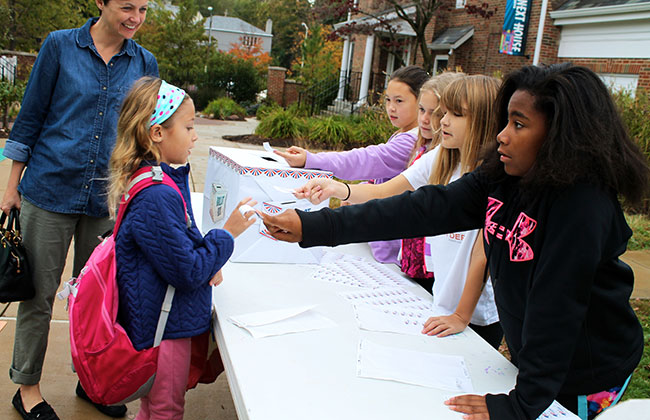 For the past two months, Forsyth fifth graders have been learning about American presidential elections. What kind of experience does it take to be president? Some of the issues the kids discussed were immigration, the economy and taxes, health care, and national security. They learned about the Electoral College, the three branches of the government, and checks and balances. 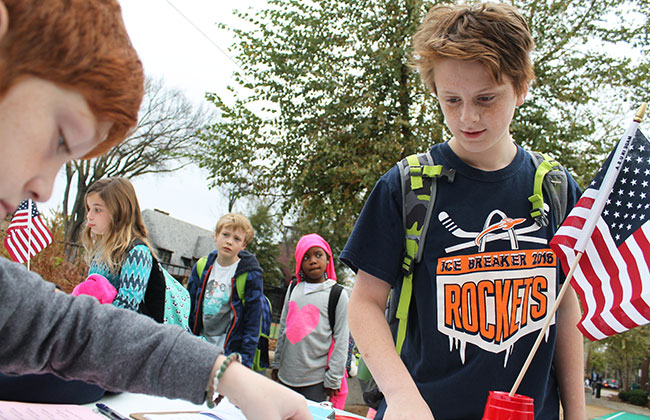 If you peruse the wall of the stairwell of Next House, you will see a display of posters ranking the most-to-least important presidential responsibilities such as: guardian of the economy, head of state, commander in chief of the U.S. Armed Forces, political party leader, head of foreign policy, legislative leader, and chief of the executive branch. Each of the posters represents deep discussion among teams of fifth graders, and each of the posters is different.

On Wednesday, with the national election results at hand, morning meetings were the place to talk about the election. In Grade 5 Up, the question of the day was written on the board: In the last 24 hours, you have experienced two elections with very different results. How are you feeling about it all? After a discussion of the spectrum of emotions the kids might be feeling from excited to scared, Mrs. Becker counseled, “No matter what adults do, you still have an obligation to maintain your own integrity.” 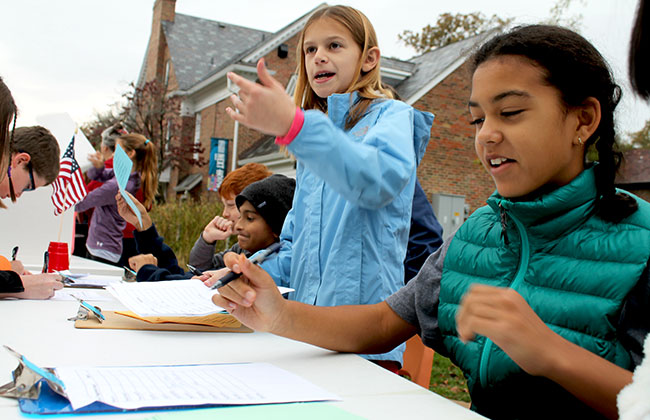 Forsyth fifth graders hosted a model presidential election: respectful, fair, and well organized. Grade 5 students studied the democratic process in depth, shared what they learned with other grades, and led their fellow students in an important civic responsibility–a firsthand lesson with lasting impact.