RSS Feeds
June 21, 2016
Share to FacebookShare to TwitterShare to Google+Share to LinkedInShare to PinterestShare to EmailPrint this page
RSS Feeds
Summer Discovery Overnight 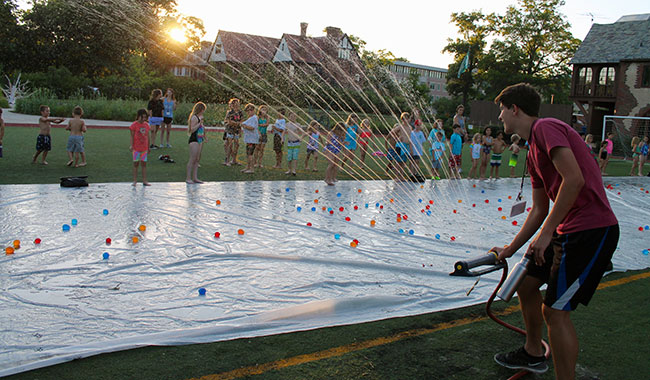 The first week of camp, all campers are invited to stay after camp and spend the night on Friday. Forsyth is the perfect place to spend a summer evening. Think 6 backyards and one big backyard (no house on that one). It's a neighborhood.

Campers and staff begin the evening with dinner in the backyard. This year, Friday, June 17, turned out to be the most beautiful day of the week weather-wise. Temps dropped to a lovely 82 degrees in the evening. Perfect. 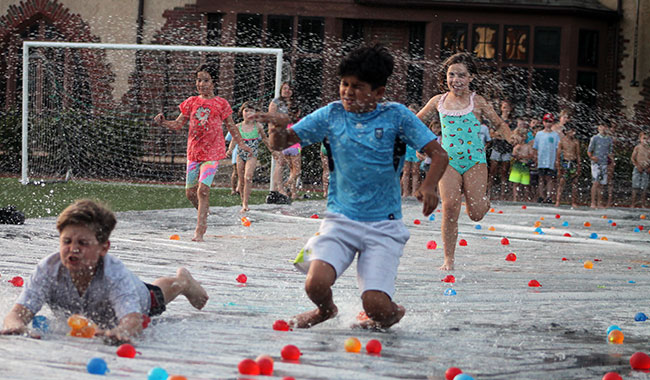 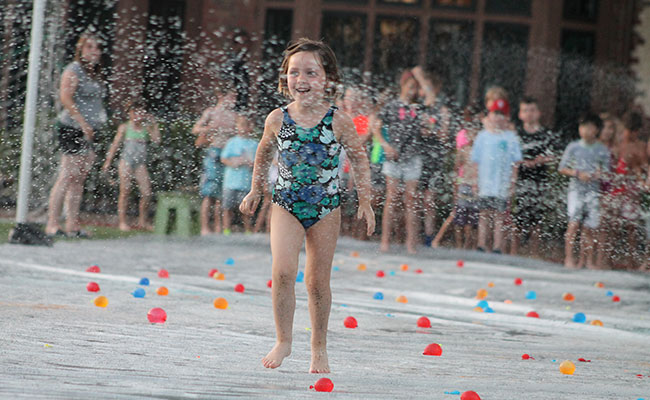 The counselors organized the kids for lift off. They ran, slid, and had a blast breaking the water balloons on each other. Over and over, they slid down the field-long watercoated plastic. The staff jumped on and did the slip & slide to the kids' delight. It was so much fun. [That's camp director Mrs. Alexander below in the Sunday Funday tee.] 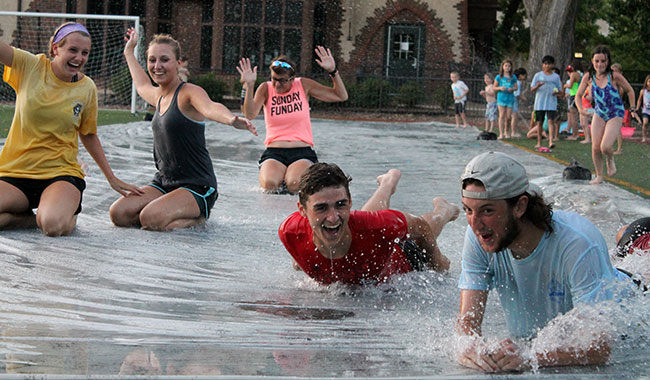 At dusk, it was out of the wet suits and into PJs. We were just 3 days shy of the longest day of the year, so the light favored lingering outside in PJs with pushpops. "Look at that bright moon," observed one of the boys to his two pals. "It looks like a big star." Pushpops, PJs, and kids gazing at the sky. All in the backyard. 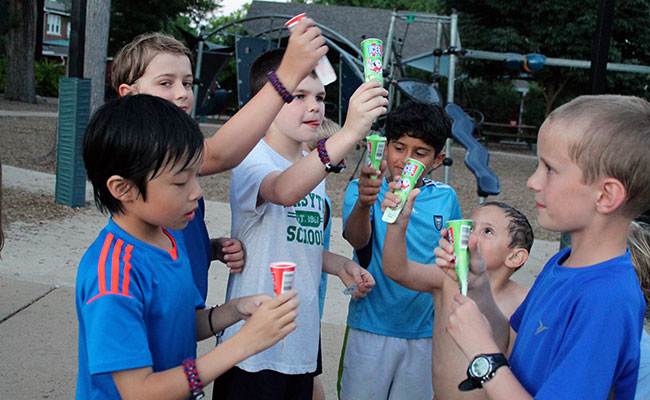 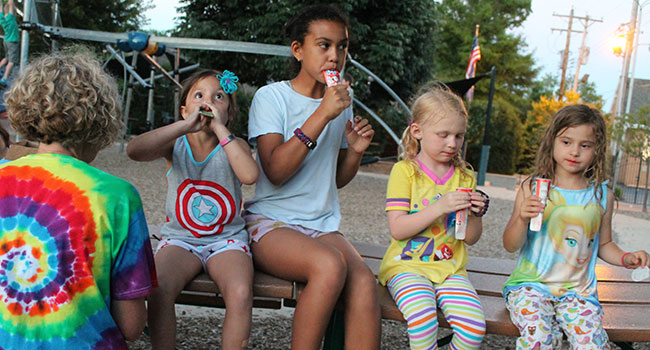 As twilight faded to darkness, the kids headed into the gym and arranged their sleeping bags. Mrs Alexander took roll call: 51 campers, age 5-12, bedding down for the night. The lights went out, the movie went on, and campers dozed off. One big neighborhood slumber party. In the morning, the staff organized a simple breakfast and parents arrived to pick up the kids. 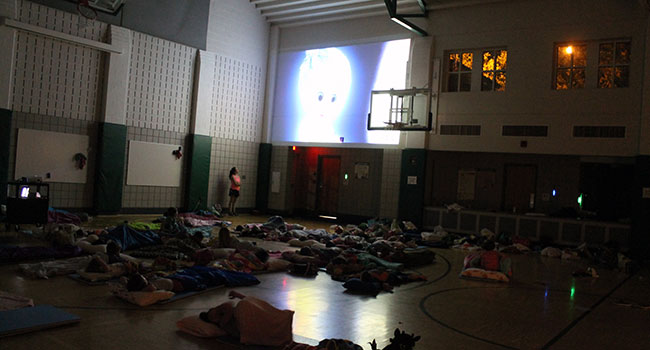