RSS Feeds
March 3, 2017
Share to FacebookShare to TwitterShare to Google+Share to LinkedInShare to PinterestShare to EmailPrint this page
RSS Feeds
The Human Brain, Firsthand 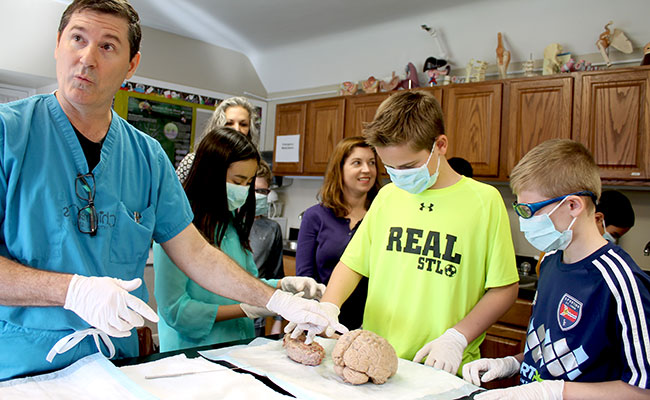 Forsyth sixth graders immerse themselves in a yearlong study of the human body in science. Thanks to a visit from Dr. David Limbrick, Neurosurgeon-in-Chief at St. Louis Children’s Hospital, Forsyth sixth graders were able to observe and learn about the human brain firsthand. Dr. Limbrick is a professor at Washington University School of Medicine, so teaching sixth graders is a bit off the beaten path, but not surprisingly, he’s great with kids. 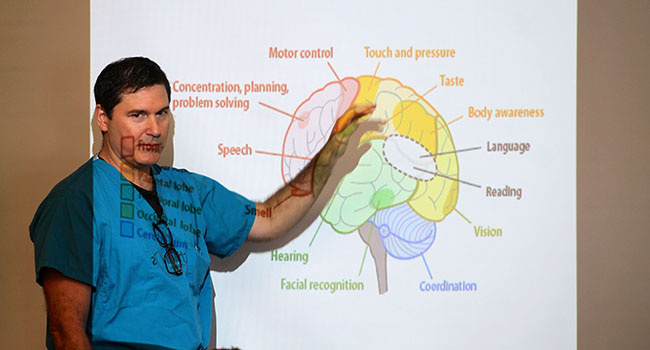 First, Dr. Limbrick shared some brain basics with the class such as the names of the brain regions and what actions they control.  One student asked, “How do scientists determine what a brain region does without being able to look inside of the brain?” Dr. Limbrick then described the various types of brain scanning methods used to determine brain injuries, study brain function, or plan for brain surgery.

Many kids were curious about what types of surgery Dr. Limbrick performs and what inspired him to become a surgeon.  His fascination with science and medicine started when he was about the same age as our sixth graders.  He said he loved science and liked to tinker with things to learn about them. 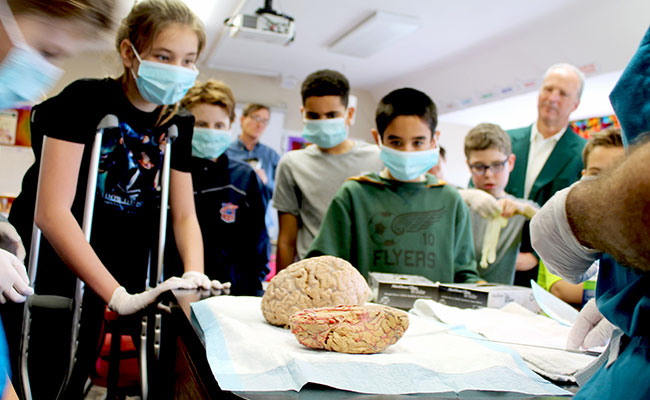 After donning masks and gloves, sixth graders carefully touched and examined the brain specimens. The kids noticed the vasculature of the brain and the overall size of the brain. In a dissected brain sample, they observed the internal, smaller regions associated with various functions.  One student marveled at how the very small pituitary gland could control whether one would grow to be tall or short. Dr. Limbrick discussed how diseases affect growth and the drugs some use to increase growth rate. 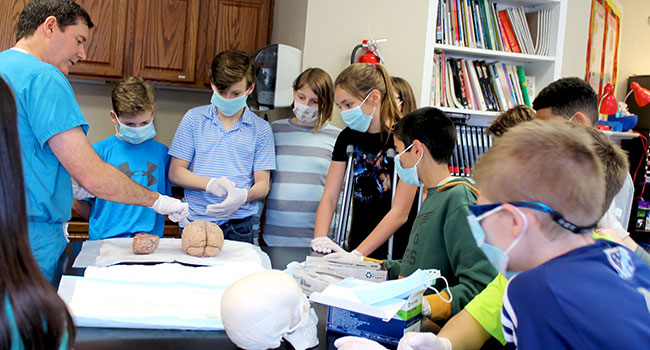 As the class thanked Dr. Limbrick for his visit, many said it was “gross, but cool,” “inspiring,” or “something they have always wanted to do.”  A few students even said they would like to be a neurosurgeon someday and promised to come back to Forsyth and tell us about it. One thing is for certain: this is a science class these kids will never forget.