Through the Eyes of a Child

RSS Feeds
May 25, 2018
Share to FacebookShare to TwitterShare to LinkedInShare to PinterestShare to EmailPrint this page
RSS Feeds
Through the Eyes of a Child 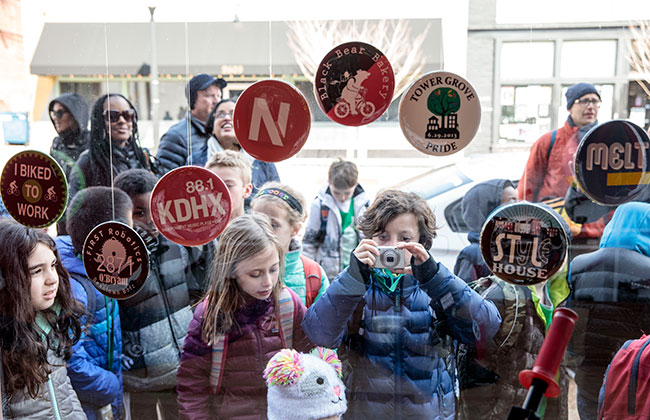 St. Louis is well-known for having unique and diverse neighborhoods that have rich backgrounds from various cultures that combined make up the Gateway to the West. When teaching immigration to 8-year-olds, our Grade 2 teachers wanted to allow Forsyth students to explore St. Louis so they might truly experience the beauty and diversity that all parts of St. Louis have to offer. They decided the best way to teach was to experience! Throughout the school year, students travelled to seven distinct and historical St. Louis neighborhoods and investigated what a neighborhood needs to thrive with an emphasis on access to education, healthcare, and jobs. 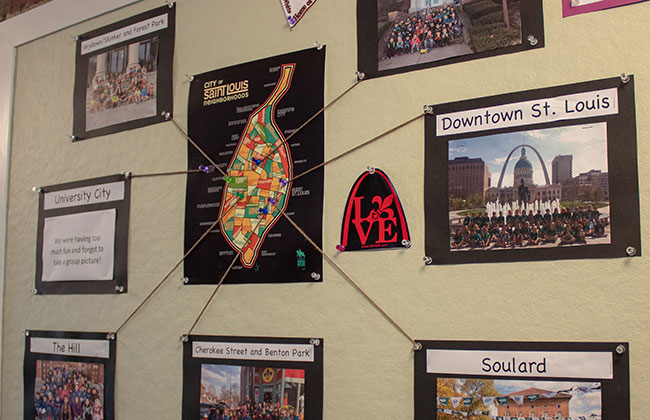 Second graders, teachers and parent volunteers explored Wydown/Skinker and Forest Park, Downtown St. Louis, Soulard, The Hill, The Ville, University City, and Cherokee Street/Benton Park. While in each neighborhood, they did a variety of activities such as touring Sumner High School in the Ville, visiting businesses along Cherokee Street including STL Style House, making Challah bread at the Chabad of Greater St. Louis in University City and purchasing produce at the historic Soulard Farmers Market, just to name a few. Their investigations of St. Louis' people, its places, and its history were recorded through drawings, mapping activities, timelines, and, most importantly, photos. 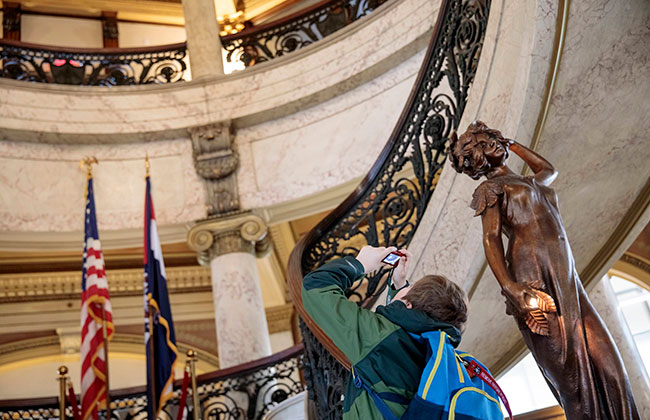 After working closely with a local photographer at the beginning of the year, students were given a digital camera and asked to photograph what it was that they found to be unique and beautiful in each of the neighborhoods studied. They had the freedom to take pictures of whatever they wanted. Sometimes photos were architectural, sometimes they were of signs, plaques, or statues, and even nature. 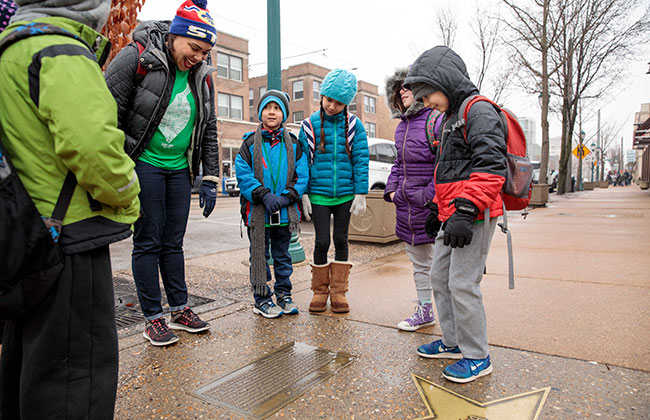 The photos were too good not to share! One photograph by each student is currently being displayed on campus at Forsyth School in a show entitled "St. Louis: Through the Eyes of a Child" and will be in a special exhibit at the Sheldon Galleries AT&T Gallery of Children's Art in the fall. 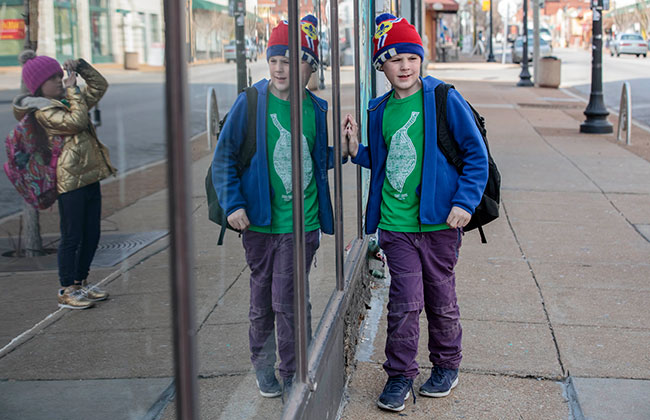 Extending learning beyond the classroom

Students told the story of our city through not only the photographs but also the captions that they wrote. It was particularly interesting for teachers to talk with their students to hear why they selected a particular shot. Teachers appreciate the perspective their young students bring. Through the camera lens, students look closely and identify things that are unique and beautiful within our city, including things that may be overlooked by others. Within these moments, everyone is reminded of the pride and beauty that exists under the layers of St. Louis. 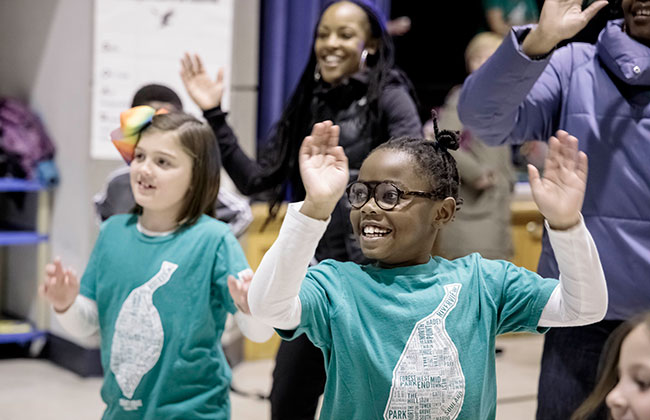 Parent chaperones were a key component to the success of the field trips logistically but also those who went on the field trips expressed their own growing knowledge of the history of our city. Most parents admitted they might visit Soulard for Mardi Gras, or go Downtown for a ballgame, but don't often get a chance to learn about the real history behind the development of specific neighborhoods and traditions. It was rewarding for everyone to learn about the role of immigration in our city and country in the past, and see how St. Louis has evolved into the city we live in today.