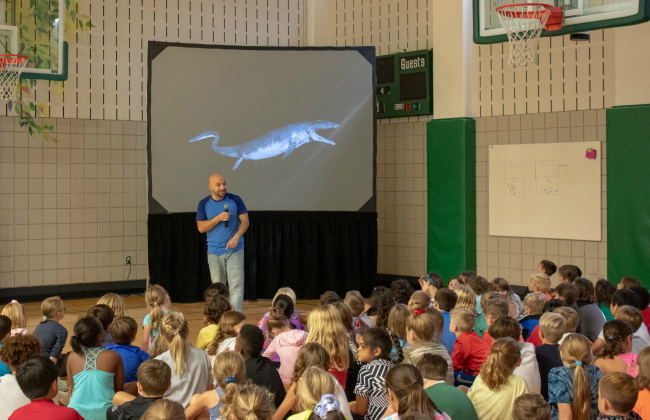 Grades 3–6 enjoyed an Author Visit with Daniel José Older, New York Times bestselling author of the newly released Dactyl Hill Squad, on Wednesday, September 12, in Rand Center. Older was every bit as engaging in person as the first sentence in the description of his new book:

It's 1863, and dinosaurs roam the streets of New York as the Civil War rages between raptor-mounted armies down South...

Older's talk involved an impressive amount of U.S. history without feeling like a history lesson. He spoke seriously on the importance of names (citing the acute accent in José as a personal example) and the need for conflict in storytelling. Older believes his book resonates with people because we always need heroes. He encouraged the kids to be everyday heroes by speaking out and telling their stories.

The kids asked really insightful questions during the Q&A following Older's talk, including how long it took him to write this book (three weeks to finish it after he sold Scholastic on three chapters); how he came up with the title (he played around with all different words for kids, groups, and dinosaurs); his favorite dinosaur (Velociraptor, but only because Pterodactyl isn't technically a dinosaur); his favorite book (The Iliad by Homer); and how to be or become a writer (hint: all you have to do is write!). Older offered that his writing is inspired by his love of fantasy, history, and mythology.

He also shared that his very first book was rejected 40 times—but that all those rejections led him exactly to where he is today. His favorite part of being a writer (aside from doing the writing!) is talking with kids in schools.

Dactyl Hill Squad is Older's tenth book and personal favorite so far. It's also the first in a series of at least three books! Special thanks to Melissa Pillot, Librarian & Media Specialist, and The Novel Neighbor for making this author visit possible. 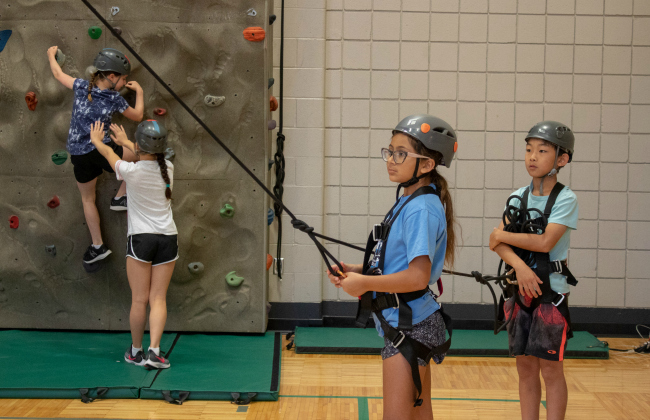 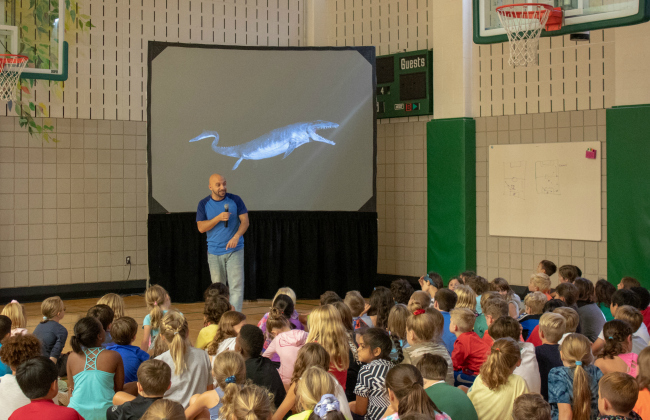