RSS Feeds
May 10, 2018
Share to FacebookShare to TwitterShare to LinkedInShare to PinterestShare to EmailPrint this page
RSS Feeds
Worldly Perspective 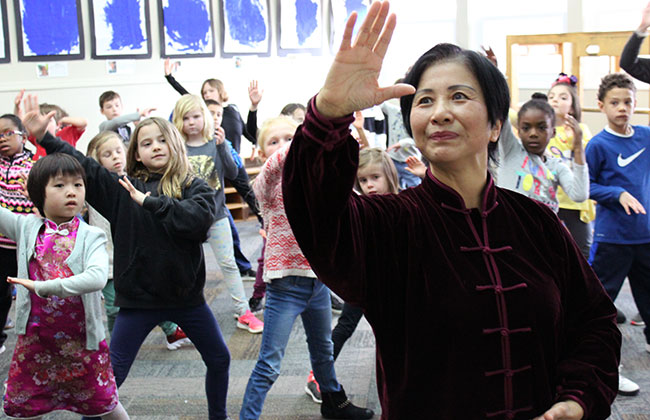 "What is life like for a child in this community?"

Forsyth first grade students have spent this year asking themselves and each other this essential question while studying the countries of Kenya, India, China, and Spain in their social studies curriculum. As they go about answering this question, students learn about each community's homes, schools, food, style of dress, recreational activities, and traditions in a way that hits close to home for our 6- and 7 year-olds. In addition to reading about the facets of these cultures in books or online, Forsyth first graders experience as much of each culture as possible. Parent participation also plays a key role in celebrating these four distinct cultures—especially when it comes time for the food tastings!  For each country, the children dress a cardboard cut-out child in one of the clothing styles of the country—traditional, every day, school uniforms, and other styles unique to each country. Integrating with art, the children create pieces that depict landmarks, homes, and artifacts in the style of some of each country's most famous artists. They also learn about mapping skills as they create individual or group maps representing each country. One of the culminating activities is the writing piece—students integrate what they have learned about each culture as they write a narrative in the voice of a child from that country.

Kenya is the first country Grade 1 students studied. They focused on the Maasai people who inhabit southern Kenya and northern Tanzania. Students learned the traditional jumping dance through a video and one classmate who had traveled to Kenya recently dressed in her Maasai clothing and jewelry. The class also had a visitor from Washington University's Business School who grew up in Nairobi and has friends who are Maasai. He talked about his childhood and answered lots of questions.

Instructors from Dances of India came to school to perform and teach traditional Indian dances. Students learned that hand movements are vital to telling the story in the dance. Two grandmothers of a current student also presented to the class about India--one grew up in rural India and one in Bombay (currently Mumbai).  Another student and his mom shared a favorite Indian story and showed various types of traditional Indian clothing. Adventurous students enjoyed a food tasting that included curry and other Indian flavors. 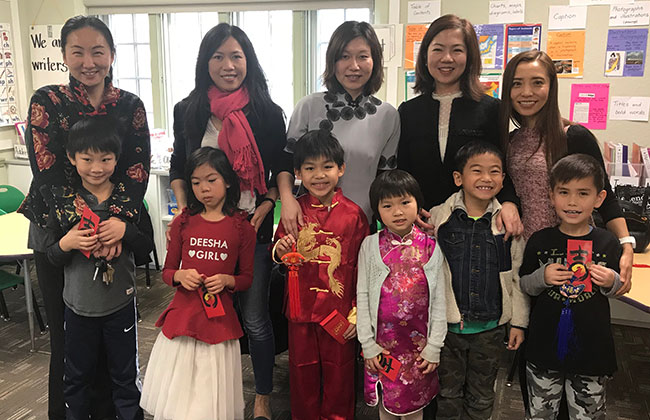 Moms and their children presented about the Chinese New Year followed by perhaps the favorite food tasting of the year, which included noodles and a lesson on how to use chopsticks. A local Tai Chi teacher performed a variety of Tai Chi movements, including performances with a sword and fan. She taught the students to practice the gentle but strong movements. 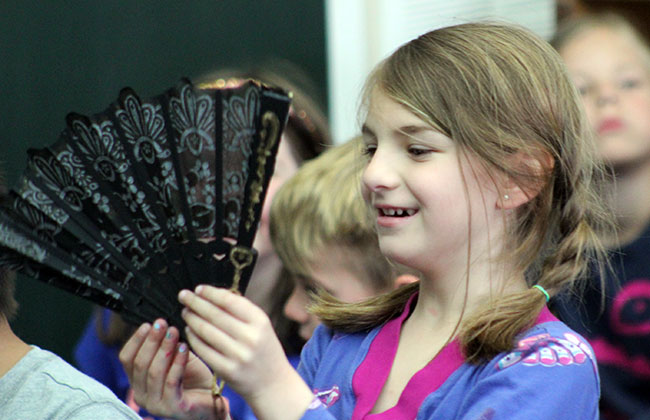 Grade 1 teachers invited a flamenco dancer to perform. She taught students the importance of clapping and saying the rhythm as they dance. Children were also able to use castanets and create hand movements called flores while trying complicated footwork at the same time. It is not as easy as it looks! 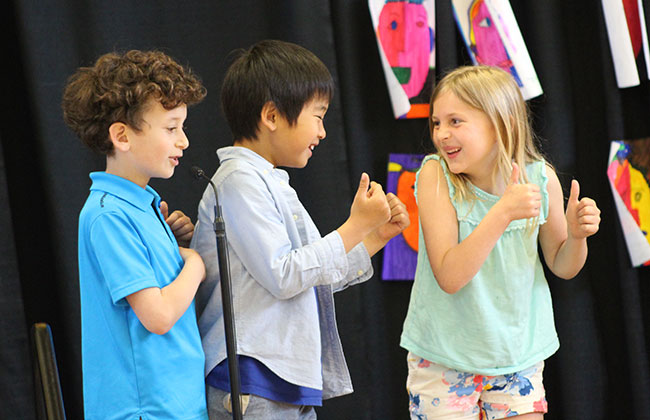 As the culmination to learning about Spain, Grade 1 students performed a play entitled, "If I Lived in Spain," written by Grade 1 teacher Judy Taylor. The play was divided into four sections that covered everything from food to football.

Through all these experiences, Grade 1 students connect each country back to themselves and to each other. Ultimately the goal at the end of the year is for first graders to realize that even though the world is big from their perspective and people around the world are very different...we all share more similarities than we might think.